Virginia State Senator Issues Dire Warning: ‘We Are Being Set Up’

Virginia State Senator Amanda Chase, a Republican who represents the 11th District of Virginia, made a Facebook post yesterday that is garnering a lot of attention.

The post was made to the State Senator’s ‘verified’ Facebook Page, that ‘about’ section of which, reads as follows:

This Facebook page is authorized and paid for by Friends of Amanda Chase and is not paid for by taxpayer funds.

Senator Chase represents the 11th senatorial district which includes most of Chesterfield, all of Colonial Heights and all of Amelia. 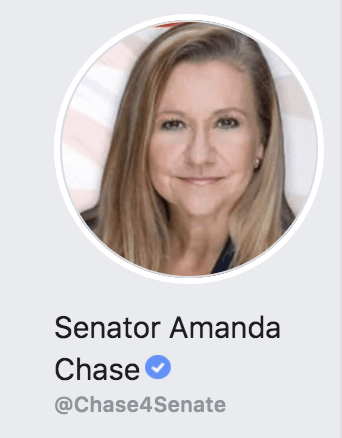 There has been much speculation about what exactly is going to happen Monday when gun right activists will assemble to protest the draconian gun laws that Democrats in Virginia voted into place last year.

Everyone seems to have a theory as to what the ‘DS’, Democrats, Antifa, etc have planned for their counter ‘protests.’

Because there is no way to know exactly what is going to happen, nor what the radical leftists, who seem willing to stop at nothing to disarm, what can only be assumed to be their prey (us), I am going to refrain from speculating.

The text of the Republican Senator’s Facebook post is republished below. Keep in mind while Ms. Chase is a Virginia State Senator, her statement is only a theory, and one of many.

‘Sadly, I am posting this, knowing that the Governor of Virginia has declared a State of Emergency in our state.

I want you to be aware of how we are being set up.

Does the Patriot Act ring a bell?

Does the National Defense Authorization Act ring a bell?

If people show up wearing any kind of uniform, patch or other symbol on their clothing signifying they belong to a militia and something goes wrong, you could/will be held as a domestic terrorist.

If anyone steps out of line, all it takes is one person, it may even be a government plant….if that plant does anything to disrupt the rally, you could/will be arrested as a domestic terrorist.

The Governor, using the media has already set the stage for this to happen. He has already laid the groundwork to make the entire movement look like insurrection.

It will be used to put the rest of the nation on notice of what will happen to you, if you resist.

They have used the Southern Poverty Law Center over the last 15 years to lay the groundwork.

They have labeled us as potential domestic terrorist for a long time now.

Anyone who has ever related to the 3%er’s, a militia, or just belonged to any Patriot group…the groundwork has been laid to brand you as a domestic terrorist.

They have gone out of their way since the Obama years to insure they had us labeled, but it didn’t start with Obama. It started with the Patriot Act under the Bush administration.

We are being played by a well oiled machine, these things have been in the works for many years.

They are kicking things into high gear. Military veterans were/are even listed as potential domestic terrorist.

We were told not once, but several times by the current President, “It’s Not Me they are after, It’s You, The American People.“

Their actions over the last three years have shown you he was right, they are coming after us full speed ahead and they aren’t even trying to hide it anymore.

Sic semper tyrannis, keep your head on a swivel and know what’s going on around you at all times, at Lobby Day 1/20/20.

Everyone be safe out there….Thus always to tyrants.’

Again, I have no idea what is going to happen Monday in Virginia, but I do know a lot of patriots will be there and the opportunity to turn this event into some sort of sick ‘show’ in order to create and fuel a narrative is a definite possibility.

Please join us in praying for everyone’s safety, and for the Democrats in VA to come to their senses and realize that disarming good people is not the solution to stopping gun crime.