Arizona Border Sheriff Mocks Leftists Over Trump ‘Coyote’ Reference: ‘Not a Joke To Us Out Here’ 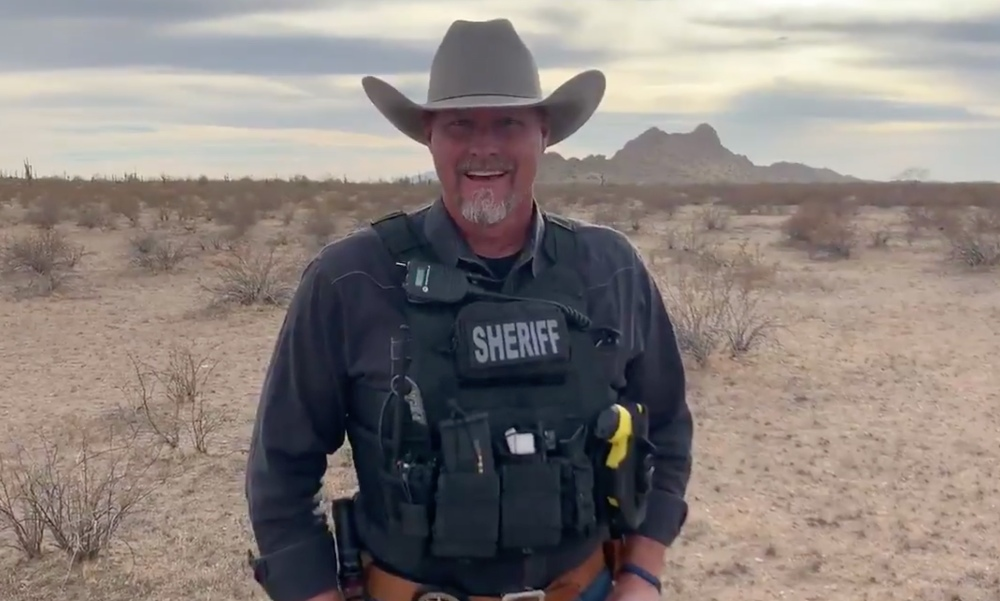 Pinal County Sheriff Mark Lamb took the occasion to ‘educate’ – and mock – the liberal leftists who ignorantly pushed back against President Trump because that’s what they do, instinctively oppose and push back against everything he says (Trump Derangement Syndrome is to blame).

“Border security is a big issue for us,” Lamb said in a video posted on Twitter. “Now, this week during the presidential debate, they talked about border security. And President Trump talked about how important it was to secure America.”

“And he talked about coyotes,” Lamb went on. “Now, there’s a lot of you, even some with blue checkmarks, who think you’re smarter than all of us, that were making fun of the president for using the term coyote.”

“So I’m going to give you a little education today. You see this, is a coyote,” Lamb said while he held up a picture of an actual, wild coyote. “Not what the president was referring to. We have plenty of these out here in Arizona.”

“This is what the president was referring to,” Lamb said again, holding up a picture of border smugglers locals refer to as ‘coyotes’ (or KI-yotes if you’re from the upper West and Midwest). “These are also coyotes, paid by the cartel to bring people and drugs into our country.”

“We take it serious,” Lamb concluded, noting further that he’s thankful for a president “who also takes it serious and believes in border security. Please stand with us in protecting our borders. God Bless.”

During Thursday’s final debate with Democratic rival Joe Biden, Trump said, “Children are brought here by coyotes and lots of bad people, cartels, and they’re brought here, and it’s easy to use them to get into our country.

“We now have a stronger border as we’ve ever had. We’re over 400 miles of brand new wall, you see the numbers, and we let people in, but they have to come in legally,” he continued.

“Did @realDonaldTrump just say 545 kids they can’t find their parents for came over through ‘cartels and coyotes’?!” Democratic Georgia state Rep. Dar’shun Kendrick tweeted. “How the hell does a coyote bring a whole human across the border?! Lord—–stop talking.” (Neither did that one)