Cruz Blocks Democrat-Backed Bill that Would Open Pipeline of Migrants from Hong Kong to U.S. 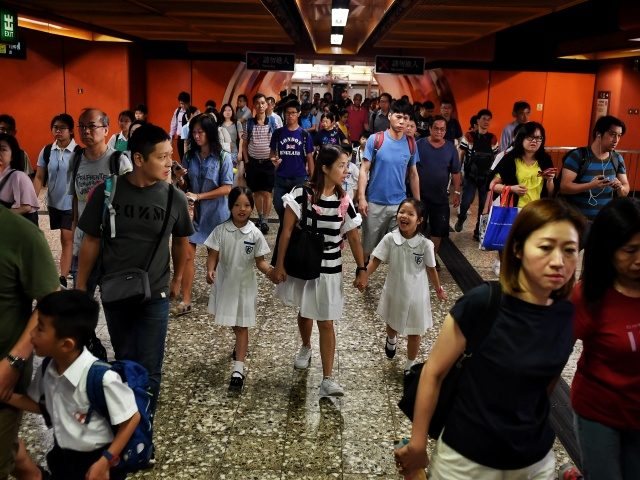 Sen. Ted Cruz (R-TX), at the last minute on Friday, blocked a Democrat-backed bill that would have created a pipeline for Hong Kong citizens to come to the U.S. under Temporary Protection Status or asylum, which virtually would allow for a massive transfer of migrants into the country.

The bill, the Hong Kong People’s Freedom and Choice Act, Cruz said, would allow Democrats “to advance their long-standing goals on changing [US] immigration laws.”

Cruz said that the legislation would not only help refugees flee persecution but allow the Chinese Communist Party to exploit the system and insert spies into the U.S. population.

The South China Morning Post reported on a Cruz speech on the Senate floor to stop the bill in its tracks. It noted that refugees from Hong Kong would face background checks:

Despite its recent unanimous passage in the House of Representatives, Cruz sought to portray the bill as part of Democrats’ “partisan political agenda” to “embrace open borders” and make all immigration legal.

With Senators soon to leave Washington for the winter break, Cruz’s objection makes it all but certain that the bill will not pass the Senate in time to be sent to the White House before Congress goes on recess, and will have to be reintroduced in January.

Led by Senator Richard Blumenthal of Connecticut, Democrats had hoped to squeeze the bill through by a mechanism known as “unanimous consent”, where time-consuming votes are dispensed with to expedite the passage of typically non-controversial bills. Any senator can stand to object to the motion.

Joey Siu, an activist who recently testified before the Senate on Hong Kong, said he hoped an administration led by Joe Biden, who has promised to enshrine open border policies as president, will revive the bill in the New Year.

“We are also hoping to see bipartisanship pressure in urging the incoming administration to adopt tough China policies,” said Siu, who is also an associate of Hong Kong Watch, a London-based advocacy group.

“Enacted in June, Hong Kong’s broad national security law, which can be applied to alleged crimes committed outside the city, has fuelled fears among expatriate Hongkongers that any pro-democracy advocacy work they conduct overseas may put them at risk of arrest should they return,” the Post reported.

Cruz has joined other Republicans and Democrats in advocating for the U.S. to take a stronger stand against China and its aggressive policies around the globe.

For financial year 2021, the Trump administration has set the refugee ceiling at a historic low of 15,000. By contrast, in his final year in office Obama set the quota at 110,000 refugees.