Everyone is abuzz over the identity of the whistleblower even though his name has been out there for days. Facebook even got hot under the collar with publishers who used the guy’s name. They threatened to punish several people over the mystery even though it’s common knowledge on social media. Even the Drudge Report published the name of the whistleblower!

RealClearInvestigations named Eric Ciaramella as the whistleblower last week. The more that is found on this guy, the more it’s clear he is a leftist plant from the Obama administration:

“Politically connected inside the Obama White House” The Washington Examiner reports that an invite from Joe Biden to Ciaramella to attend a swanky lunch banquet in October 2016 is “unusual”, according to officials:

The report cites U.S. officials who said the invite to Ciaramella, “a relatively low-level GS-13 federal employee, was unusual and signaled he was politically connected inside the Obama White House.”

Biden co-hosted the banquet with former Secretary of State John Kerry for then-Italian Prime Minister Matteo Renzi. Ciaramella, who is of Italian heritage, was among the U.S. officials who accepted an invitation. 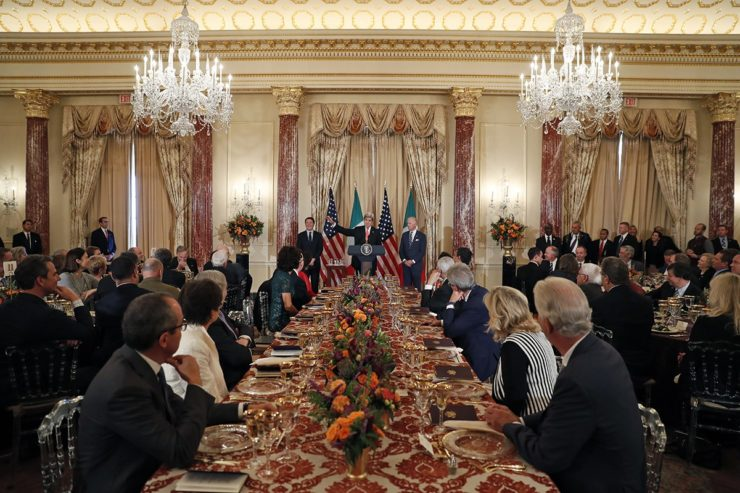 Ciaramella, a career CIA analyst, was Ukraine director on the NSC during the end of the Obama administration and remained there during the early months of the Trump administration when he was briefly acting senior director for European and Russian affairs.

He’s now claiming a July call between the new president of Ukraine included a quid pro quo. He’s the definition of a political operative.