Pelosi Says Asking If She Hates Trump Is The Equivalent Of Saying, ‘Did You Starve Your Kids Before Coming Here Today?’

WASHINGTON – Democratic Speaker of the House Nancy Pelosi said Tuesday that asking her if she hates President Donald Trump is the equivalent of saying, “Did you starve your kids before coming here today?”

Pelosi spoke Tuesday at POLITICO’s Women Rule Summit in Washington, D.C. where she discussed the impeachment process with POLITICO’s Anna Palmer. Palmer questioned Pelosi about her emotional outburst at Sinclair reporter James Rosen, who asked Pelosi Thursday if she hated Trump. Pelosi on Tuesday compared Rosen’s question to asking her if she beat or starved her children.

“I grew up as a Catholic in a very devout Catholic family and try to raise my own children the same way,” Pelosi went on. “You don’t hate the person, you just don’t. It’s like, you don’t beat a person. They could have just as well have been saying me, did you beat your children before you came here today?” 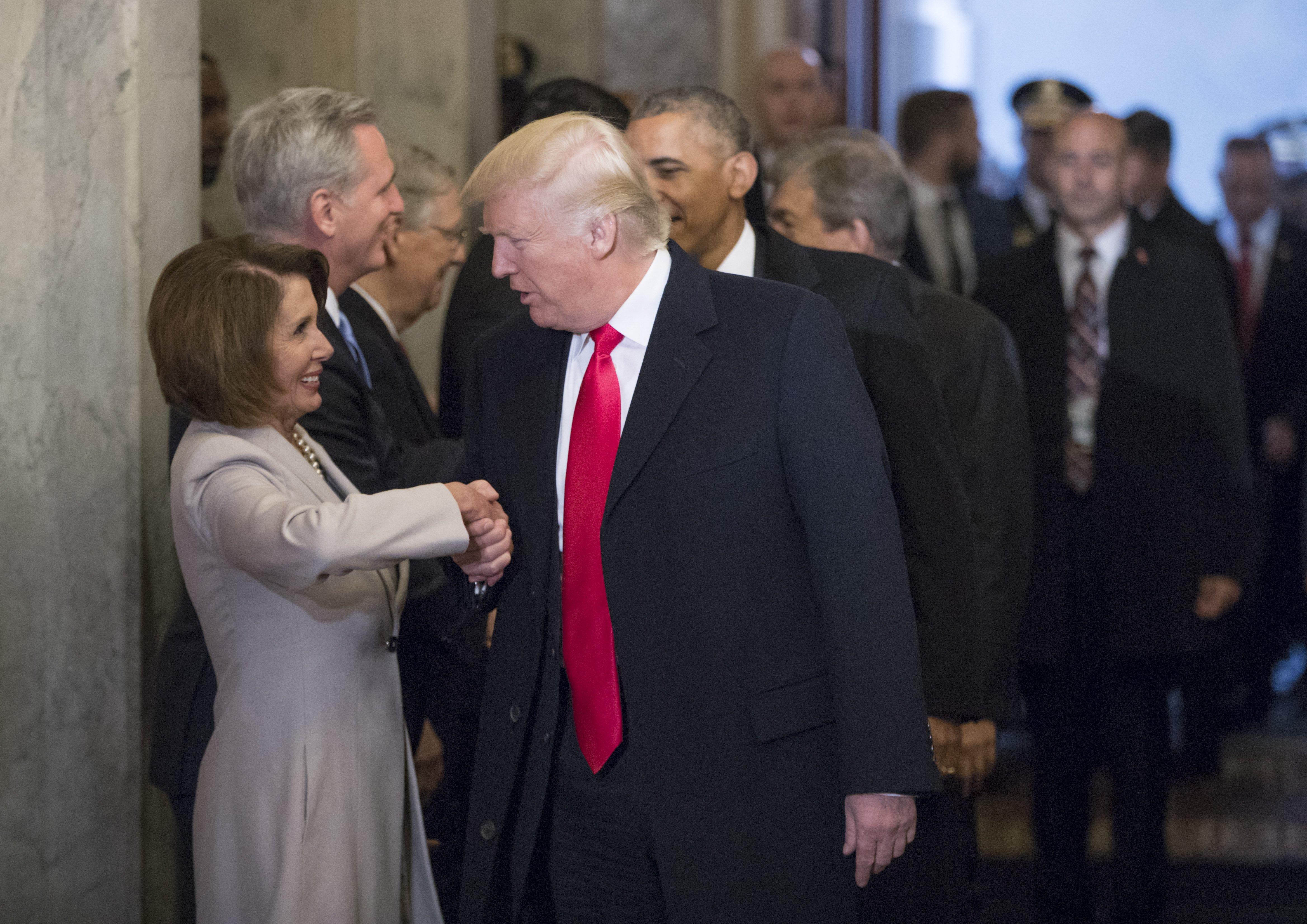 President-elect Trump and President Obama are greeted by Pelosi as they arrive for Trump’s inauguration (J. Scott Applewhite – Pool/Getty Images)

“It’s just something so insulting,” Pelosi added. “And so, shall we say, projecting of where he was coming from himself. People use the word hate, you hate, but they must be haters.”

The Speaker of the House expressed pride in Reps. Adam Schiff of California and Jerry Nadler of New York as “two of the most prominent” leaders navigating the last two days of impeachment hearings, adding that “we are dealing with it in a way that I think has dignity, solemnity, with prayerfulness.”

“The other side doesn’t want to honor its oath of office or if they’re using words like hate to project their own attitudes on to somebody else, I just, I have to draw the line,” she said. “It’d be the equivalent of my saying to you, did you starve your two kids before you came here today? What are you talking about?”