Nancy’s Scam Gets Blown Wide Open After She Goes After Barr, Americans Remember When Obama’s Henchmen Broke The Law With Impunity

After eight years of feeding from the Obama crime syndicate’s trough, they have become so bereft of policy prescriptions, that aren’t filled with pork and graft,. that the only thing they have left is to lie to their dwindling voter base about their opponents. 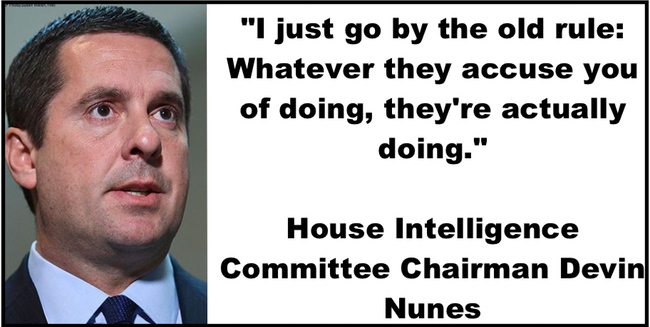 Lying about policy, their own integrity, and the character of their opponents.

Remember, political parties are private corporations that exist solely to enrich and protect themselves. It is within that backdrop that Democrats declared war against Donald Trump…

… And today, the Speaker of the House Nancy Pelosi accused Attorney General William Barr of lying without offering the slightest proof.

Barr is a threat to their con game because he has a reputation as a dogged and honest lawman.

This follows a pattern of accusations without evidence that includes; Trump colluded with Russia, Trump extorted Ukraine’s president, and Lt. Gen. Michael Flynn is a liar.

Lt. Gen. Flynn was a threat because he is an honest man who served as Obama’s head of the Defense Intelligence Agency. He knew what they had been up to.

But, not so shockingly, when the Obama/Clinton/Biden/Kerry/Pelosi criminal syndicate held power, they couldn’t care less about the nation’s highest law enforcement officials lying to Congress or, as was recently confirmed, to the FISA Court.

Obama’s Director of National Intelligence, James Clapper openly lied to Congress in 2013 when he flatly denied the NSA was involved in data collection on millions of Americans

CIA Director John Brennan had blatantly lied to the Senate, denying that his agency spied on US Senate staffers.

But then, the Obama administration lied about the costs and choices available through Obamacare, the benefits of Dodd-Frank financial reform, and more than $1.5 Trillion in annual spending increases that never found its way to needy Americans.

So, having a lyin’ sack of schiff running a weaponized intelligence community was actually quite useful when trying to derail a new president on the off chance he planned on investigating your fraud.

Unlike Madame Hillary, President Trump can rightfully say he is the most investigated person ever to hold high office. Logic, after three+ years of investigation, and his incredible performance, tells me to believe and trust in President Trump.

For Democrats, holding compromise over your associates – friends and foe – is the coin of the realm. And, when all else fails, lie, dean, destroy.

As for the lying Speaker of the House who oversaw massive spending bills, admittedly without even reading them (who actually wrote them in that case), and who sat mum while the Obama’s hitmen put a target on Trump’s back, she should shut the f*ck up and resign.