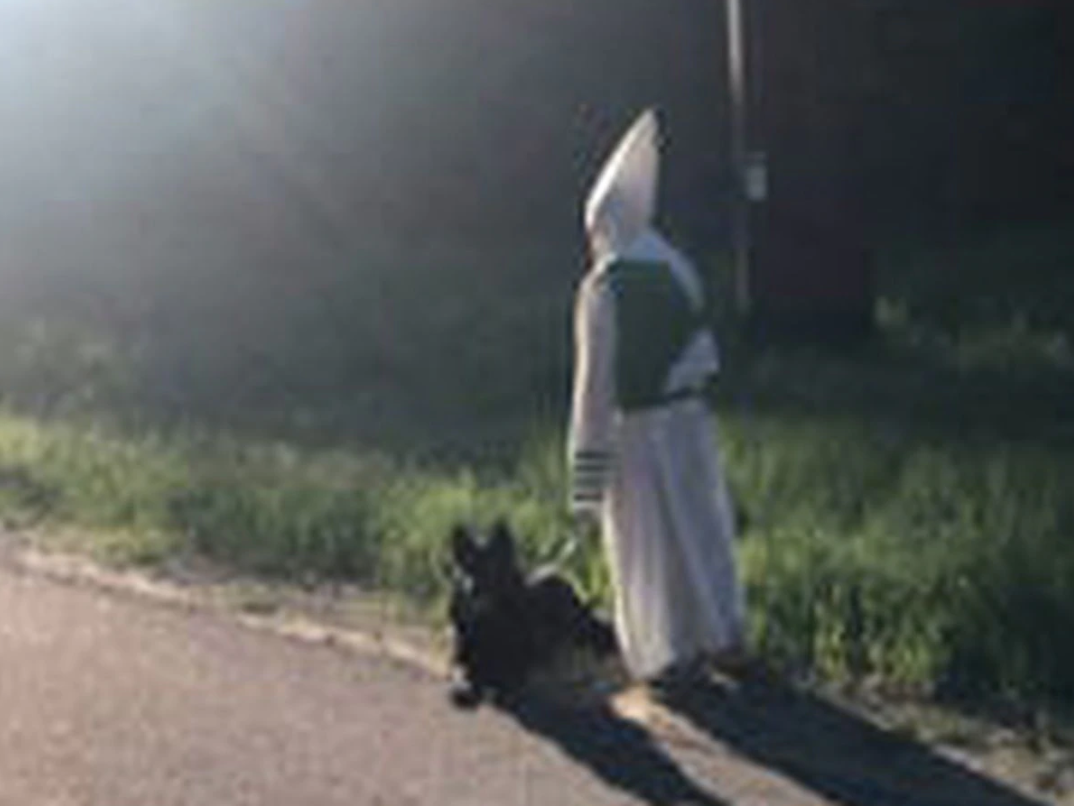 A man spreads fear in his community while he goes on to go on his daily chores. The reason?

He’s clad in a Ku Klux Klan robe and hood.

Neighbors reported that 50-year-old Charles Michael Booth disrupted the peaceful neighborhood when he walked his dog while he was clad with the infamous KKK regalia. According to the Milwaukee Journal Sentinel, Vilas County Sheriff Joseph Fath claimed that they received numerous calls on Friday evening about a racist man who was sporting the infamous white robe.

One resident, who identified herself as a “mixed-race” reported that they simply “froze” after seeing Booth wearing the racist ensemble. “We knew what we were looking at, but we didn’t know why. We were so in shock,” the resident said. Booth did not seem to mind the stares and waved back.

In his defense, Booth said that he did not violate any crimes and was simply “taking his dog for a walk.” However, Gregory Jones, president of the Dane County NAACP, identified Booth’s antics as a “terrorist attack.” Jones believed that Booth had deliberately planned to promote “white supremacist behaviors” by wearing the KKK regalia.

Jones continued that such actions are specifically ‘intended to create fear” even for those who are not people of color. County officials believed that it is important for residents to stay “mindful” about such attacks and that they should be “willing” to stand up” for such racist conducts.

As political unrest continues over the ongoing systemic racism in the country, more people have been spotted wearing the racist ensemble. For example, a man also made a similar antic after he walked to a Vons grocery store in San Diego wearing a KKK hood. The man had since become a subject to a police inquiry.

A similar report was also made when another man walked into a City Market grocery store with a KKK hood and Nazi swastika scribbles. A resident expressed her shock and disbelief as the man “blatantly” walked around the store, obviously looking for attention.

The KKK hoods and robe had become a consistent symbol of hate and racism in America, especially with its close ties to the anti-black movement. Even President Donald Trump had become a target over racist allegations that he is promoting “white supremacy.” Earlier this month, someone had photoshopped a picture of Trump with his parents wearing KKK hoods. The image had since circulated on social media, as some users believed that the image was real. One Facebook user wrote “f*** Donald Trump and his parents,” while another claimed that “May they rest in hell.”