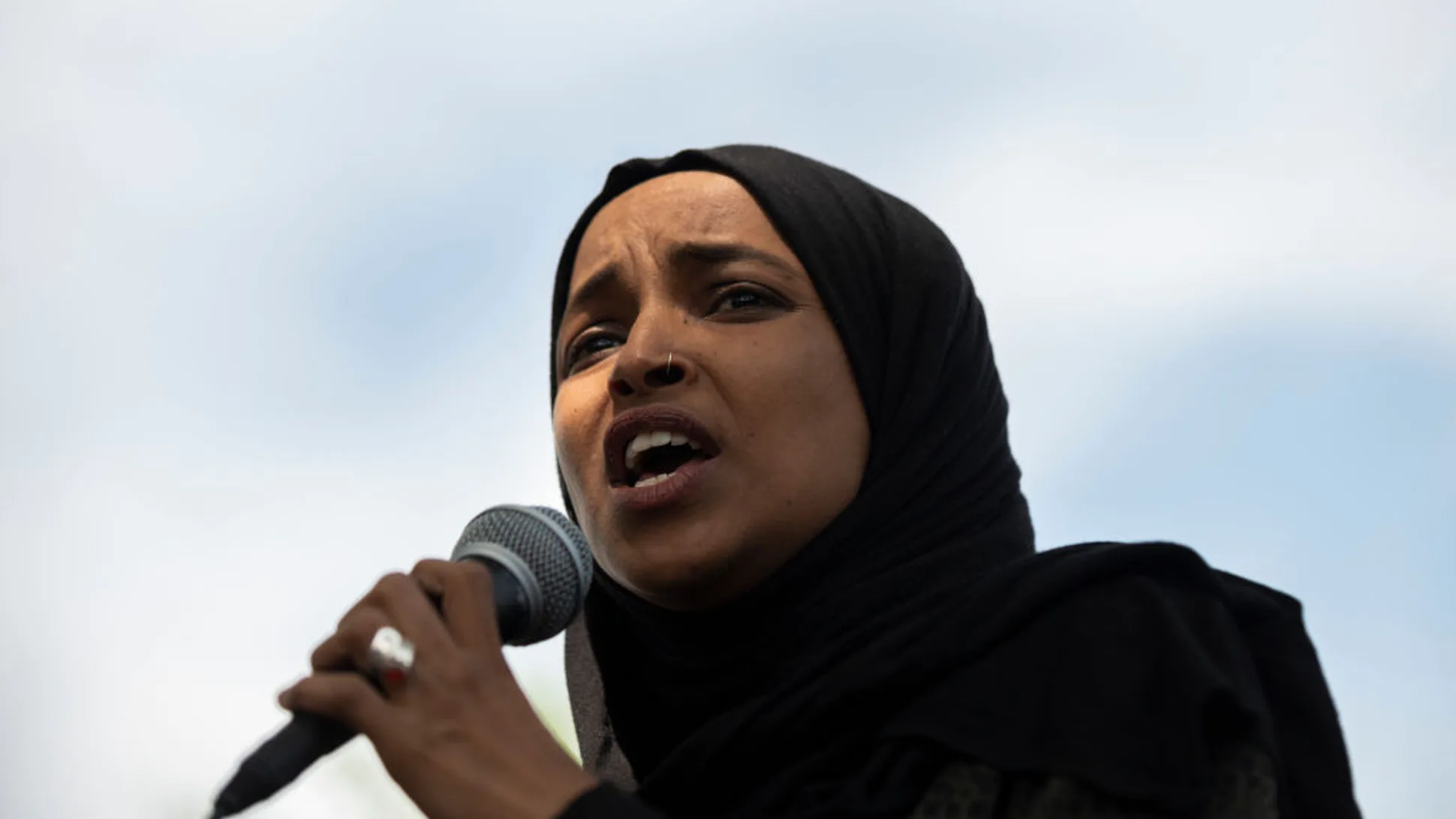 Speaker of the House Nancy Pelosi endorsed Rep. Ilhan Omar on Monday ahead of a primary election in which the freshman Democrat is trailing financially by millions of dollars.

“Ilhan is a valued and important Member of our Caucus,” Pelosi said in a statement, according to the Jewish Telegraph Agency. “In her first term, Ilhan has already established herself as a leader on a host of issues — from child nutrition to housing to U.S.-Africa relations.”

Omar is being challenged by Minnesota attorney Antone Melton-Meaux in a race that has caught the attention of Pro-Israel America and NORPAC. The pro-Israel political action committees have committed hundreds of thousands of dollars to unseating Omar, one of the most anti-Israel members of Congress, ahead of the Aug. 11 primary.

From April to the end of June, Melton-Meaux outraised Omar by a staggering $3.2 million to under $500,000. Melton-Meaux’s campaign still has $2 million cash on hand versus Omar’s $1.1 million, according to the Minnesota Star Tribune.

Omar has a history of making comments widely viewed as anti-Semitic, including by Pelosi. In February 2019, Pelosi and other Democratic leaders called on Omar to apologize for a tweet that said “It’s all about the Benjamins baby,” suggesting that Israel or pro-Israel groups had paid off House Minority Leader Kevin McCarthy.

“Congresswoman Omar’s use of anti-Semitic tropes and prejudicial accusations about Israel’s supporters is deeply offensive,” Pelosi said in a statement.

Omar is also one of a very few members of Congress that support the Boycott, Divestment, and Sanctions (BDS) movement that calls for the United States to cut all aid off from Israel.

Melton-Meaux has attracted support from pro-Israel and conservative groups for his staunch support of the U.S.-Israel relationship, according to the Star Tribune.

“It cannot be overstated how critical our Israeli partners are in pushing back against Iranian aggression, as well as setting the example of a vibrant democracy for its neighbors. This is why we should continue to support our mutual goals for the stability of the region and its people,” Melton-Meaux says on his campaign website. “Movements such as Boycott, Divest, and Sanction Israel (BDS) only serve to further the conflict, elevate the violence, and harm those they seek to help. That is why I will always oppose BDS.

Last week, several prominent GOP members said Omar should resign after she called for U.S. political and economic systems to be dismantled for perpetuating “inequality” and “oppression.”

“As long as our economy and political systems prioritize profit without considering who is profiting, who is being shut out, we will perpetuate this inequality. We cannot stop at criminal justice system. We must begin the work of dismantling the whole system of oppression wherever we find it,” Omar said in a speech on July 7.

Sen. Marsha Blackburn (R-TN) responded to Omar’s comments over Twitter, saying, “Ilhan Omar took an oath to defend and protect the Constitution, not shred it. Omar and her Marxist comrades are a threat to our Democracy. Omar should resign.”