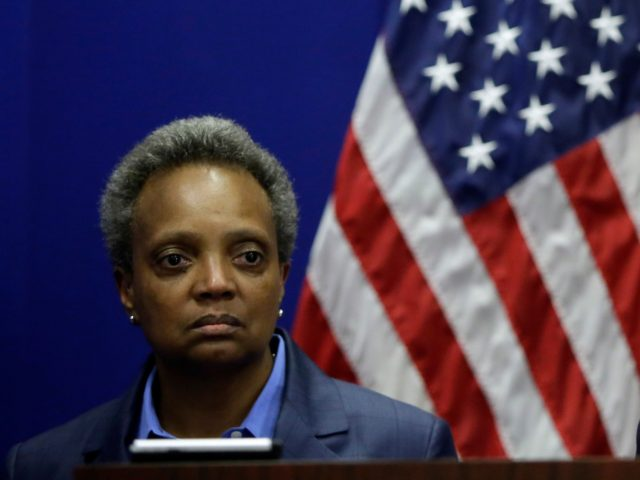 Fifty people have been shot and at least six killed Friday through Sunday morning this weekend in Mayor Lori Lightfoot’s (D) Chicago.

By Sunday morning the Chicago Sun-Times reported the number of shooting victims rose to 50.

The first homicide of the weekend occurred Friday night at 9:52 p.m. when a man burst through an apartment door “in the 8200 block of South Drexel Avenue” and opened fire, killing a 60-year-old man.

The latest homicide occurred Sunday morning at 2:55 a.m., when a 20-year-old was shot “in the 3200 block of West Cermak Road.” He was “dropped off” at the hospital with multiple gunshot wounds and pronounced dead.