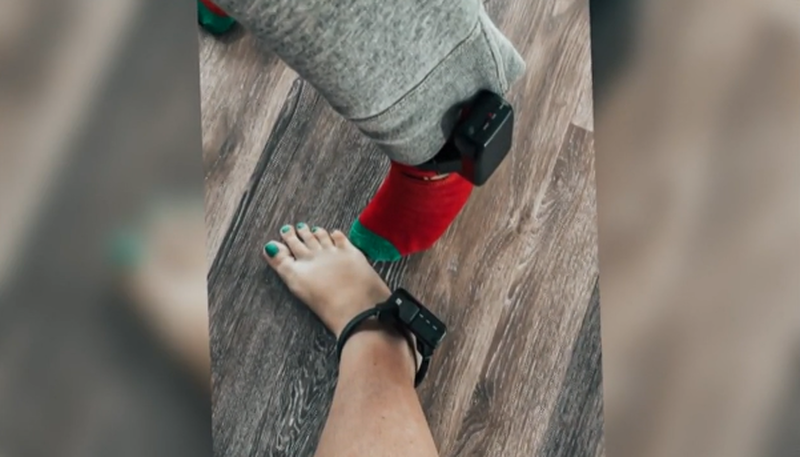 A Kentucky couple can’t travel more than 200 feet from home after authorities slapped a pair of ankle bracelets on them following an argument over COVID-19.

Elizabeth Linscott tested positive for the virus last weekend despite having no symptoms. Following her test, the health department contacted her and asked that she sign documents agreeing to self-quarantine unless she calls the health department first. Linscott refused to sign the form, the Self-isolation and Controlled Movement Agreed Order.

“I open up the door and there’s like eight different people,” he said. “Five different cars and I’m like what the heck’s going on? This guy’s in a suit with a mask, it’s the health department guy and he has three different papers for us. For me, her and my daughter.”

Now, the Linscotts are wearing ankle monitors. Elizabeth says she never refused to self-quarantine, but instead simply disagreed with the language in the order.

“That’s exactly what the Director of the Public Health Department told the judge, that I was refusing to self-quarantine because of this and that was not the case at all,” she said. I never said that.

The couple is exploring legal action.