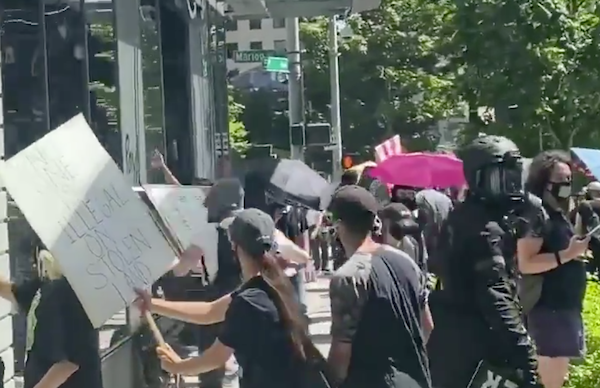 On Sunday, a dozen Seattle police officers were injured after they were attacked by left-wing rioters. A municipal court, an Amazon building and a Starbucks were also attacked.

According to the Seattle Police Department, the rioters “were responsible for a significant amount of property damage to government buildings and private businesses” and that “at least a dozen officers were injured.”

The SPD stated that “Arson/Bomb detectives” were present during the investigation and said that the attacks “appeared to be very organized and this appeared to be a very concerted effort at property damage of certain businesses and government facilities.”

Check out what the SPD had to say about the attacks:

The group headed south to the Seattle Police Headquarters and Seattle Municipal Court where they broke windows and spray painted both buildings. The demonstration then marched northbound on Third Avenue, where some businesses were targeted by individuals with more smashed windows, looting, and graffiti on the walls.

The group eventually made it to the West Precinct and some individuals attempted to break into the building. Protesters threw rocks and bottles at the officers who were outside defending the precinct. An unknown person or persons threw multiple large mortar-type fireworks at officers from a close range. Multiple officers were injured by the fireworks thrown at them. Two of the officers suffered lacerations and abrasion injuries while a third officer sustained burns to his neck area and needed to be treated by the Seattle Fire Department. He was later transported to the hospital. A total of twelve officers were injured.

The march then made its way up to Capitol Hill, where individuals in the group committed more property damage and looting. A small fire was set inside one of the businesses after the windows were broken out.

Eventually the group went to the East Precinct where several individuals smashed out the front windows. A large, mortar-type firework was thrown inside the lobby of the precinct, causing a small fire. The fire was extinguished quickly. Officers located another unlit large mortar-type firework nearby.

Katie Daviscourt, a journalist in the area, tweeted a video of the left-wing extremists attacking an Amazon building: “Antifa Militants and Black Lives Matter rioters are breaking into Amazon Go Downtown Seattle. This protest has turned into a riot.”

The Seattle Police Department also shared photo of the damages: “Demonstrators went from Westlake Park to the Municipal Courthouse and then headed back north to the West Precinct…leaving behind a trail of property destruction. These are criminal acts, not peaceful protests.” 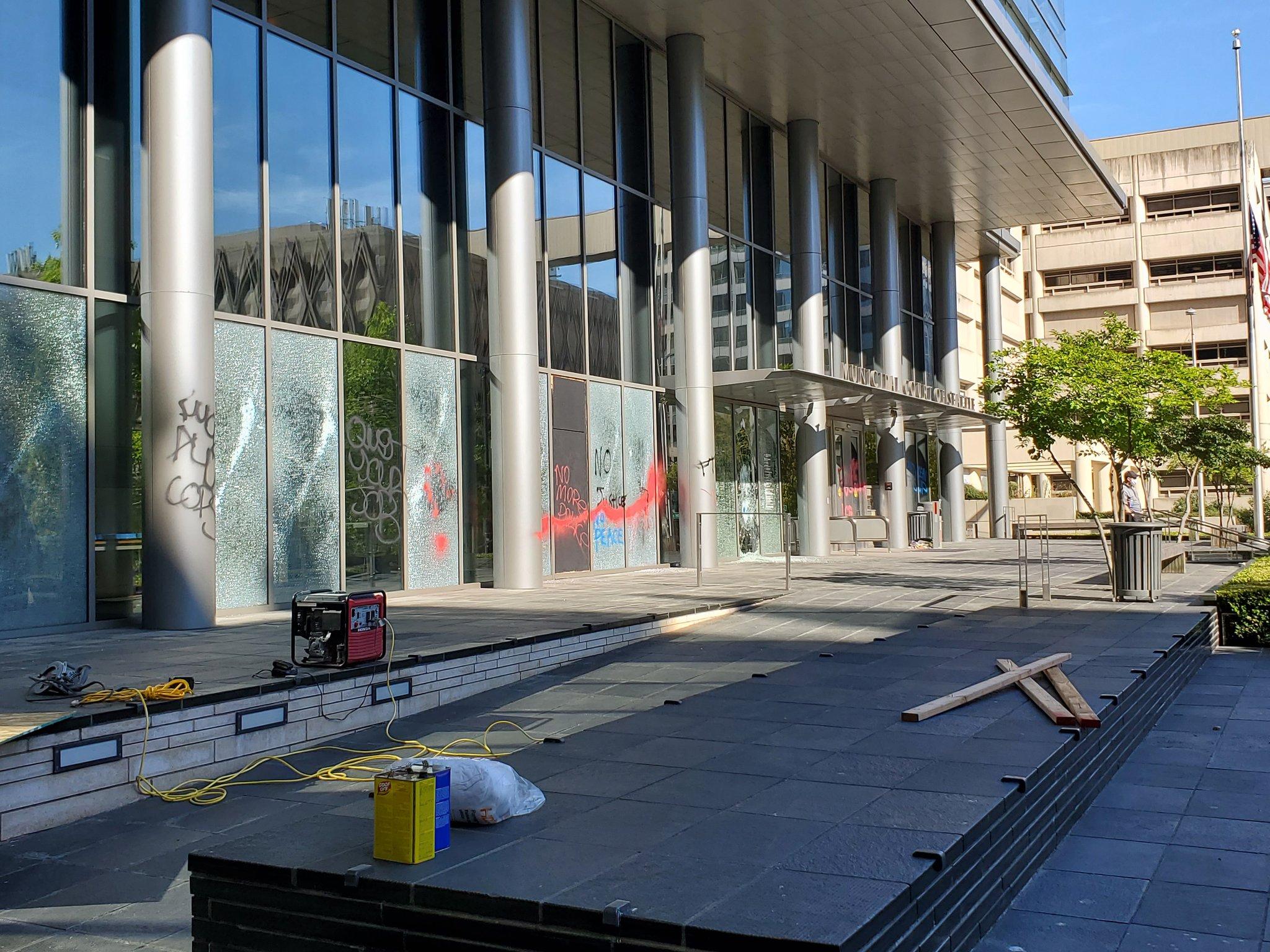