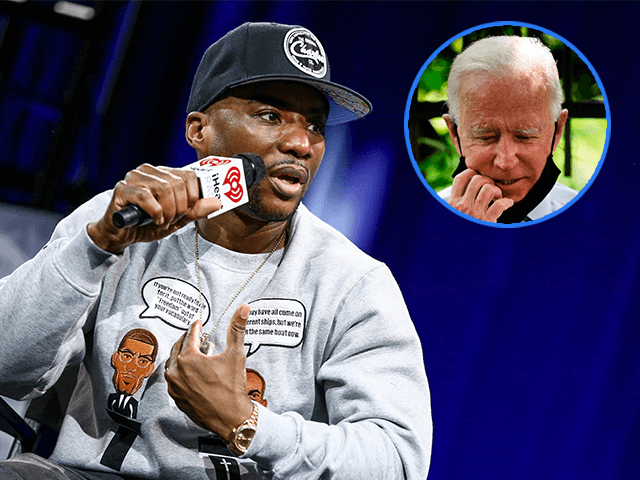 Left-wing radio host Charlamagne Tha God has called foul on Joe Biden for describing President Donald Trump as the “first” racist president in U.S. history. In an exasperated on-air rant, the radio personality said that Biden needs to “shut the eff up forever.”

Charlamagne Tha God said during Thursday’s episode of The Breakfast Club that Joe Biden continues to shoot himself in the foot with his regular verbal blunders, thus earning him the show’s “Donkey of the Day” honor.

“I really wish Joe Biden would shut the eff up forever and continue to act like he’s starring in the movie A Quiet Place because as soon as he opens his mouth and makes noise, he gets us all killed. OK?” the radio host said. “There’s already so many people who are reluctantly only voting for Joe Biden because he’s the only option and because Donald J. Trump is that trash.”

Biden made his remarks during a virtual SEIU town hall meeting on Wednesday. When asked about President Trump’s use of the term “China virus,” Biden said, “We’ve had racists, and they’ve existed, they’ve tried to get elected president. He’s the first one that has.”

Charlamagne Tha God called that pure “malarkey,” noting that several presidents during the 18th and 19th centuries were slaveowners.

“How are we ever going to atone for America’s original sins if we don’t acknowledge them?” Charlamagne said. “How the hell can Donald J. Trump be the first racist president in a country where 12 presidents before him owned slaves?”

He also noted the racist behavior of Woodrow Wilson and Lyndon B. Johnson.

He then urged Biden to announce his vice presidential pick, whom the candidate has stated would be a black woman.

Biden infamously disparaged black Americans in a May interview on The Breakfast Club when he said that black people who don’t vote for him aren’t truly black.

“If you have a problem figuring out whether you’re for me or Trump, then you ain’t black,” Biden said.