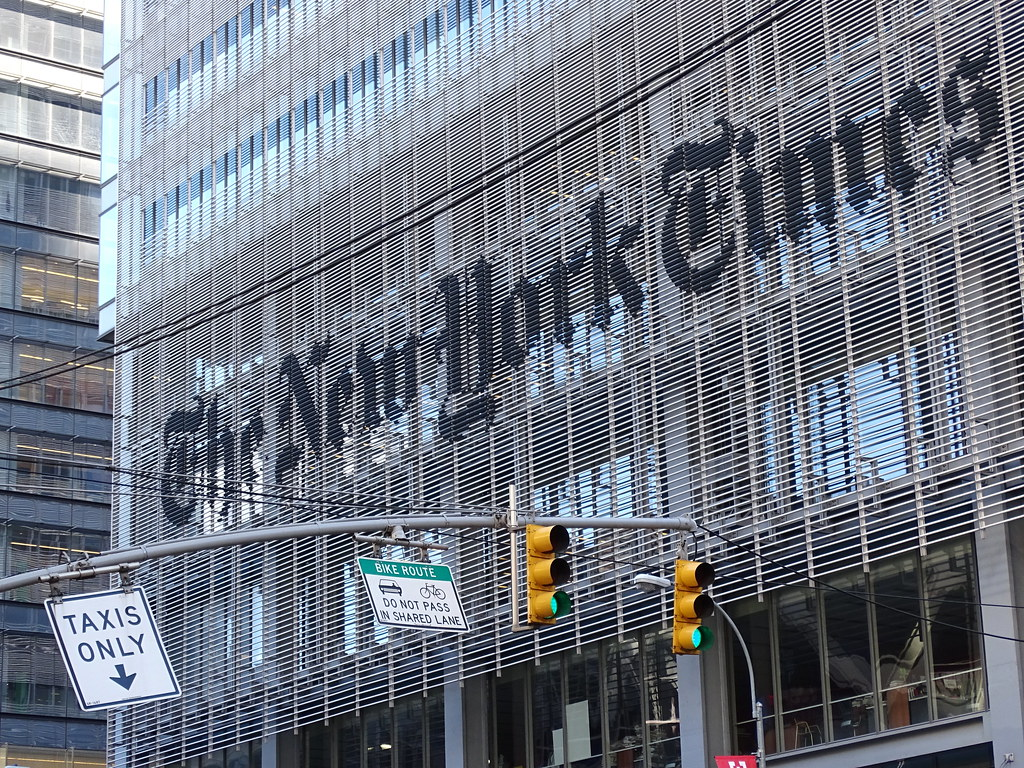 The mainstream media’s anti-white racism is getting so bold and blatant these days, they’re not even hiding it anymore.

That is especially true at The New York Times, where bigoted, virtual-signaling editors and reporters repeatedly denigrate white Americans and make them scapegoats for every single problem within minority communities – none of whom are ever held responsible for their own actions by the ‘paper of record.’

The latest allegation coming down the NY Times pipeline: Whites are most responsible for failing inner-city public schools.

The paper will begin releasing a five-part podcast series beginning July 30 called “Nice White Parents” which allegedly investigates the impact white parents have had on “failing” public schools, most of which are populated by majorities of persons of color.

“We know that American public schools do not guarantee each child an equal education — two decades of school reform initiatives have not changed that. But when we look at how our schools are failing, we usually focus on who they’re failing: Black and brown kids. We ask: Why aren’t they performing better? Why aren’t they achieving more?” says a statement introducing the series.

But those are incorrect questions, the teaser notes further. “If you want to understand what’s wrong with our public education system, you have to look at what is arguably the most powerful force in our schools: White parents,” it says.

Hosted by Chana Joffe-Walt, the series will explore “the 60-year relationship between White parents and the public school down the block,” according to the statement.

Aside from the fact that the series title is, in and of itself, grotesquely and obviously racist, what this ‘in-depth’ series will no doubt exclude is the fact that whatever is wrong with America’s public education system today, it was broken over decades by Left-wing Democrats who have long ‘owned’ academic policy-making.

Democrats have fashioned the curriculum. Democrats have implemented revisionist history. Democrats have removed courses like civics which are vital to our form of self-governing republicanism. They have removed God, and prayer, and the Pledge of Allegiance, while encouraging disrespect, outbreaks of violence, and student expression to the point of disruption. They have supported and even mandated widespread adoption of transgender policies that deprive the vast majority of kids of their self-respect and privacy by demanding they ignore their own sexuality.

And throughout it all, Democrats have woven a fabric of anti-Americanism into virtually every lesson that teaches children to hate their own country and to agitate against it.

Republicans and conservatives have had no role in the deterioration of American public schools, and that is especially the case when it comes to failing inner-city public schools that are attending primarily by minority students.

There are few if any, ‘white parents’ making decisions for these schools, but The New York Times has a white-shaming mission to fulfill, so it doesn’t matter how ridiculous and stupid the allegation.

What’s really insulting is that by focusing on precisely the wrong demographic, the Times’ fake narrative will only make it even more difficult to address the real cultural and social problems and issues plaguing inner-city schools, and that’s a shame.

A paper that claims to care so much about ‘persons of color’ still doing all it can to ensure minorities continue to fail and lag behind.