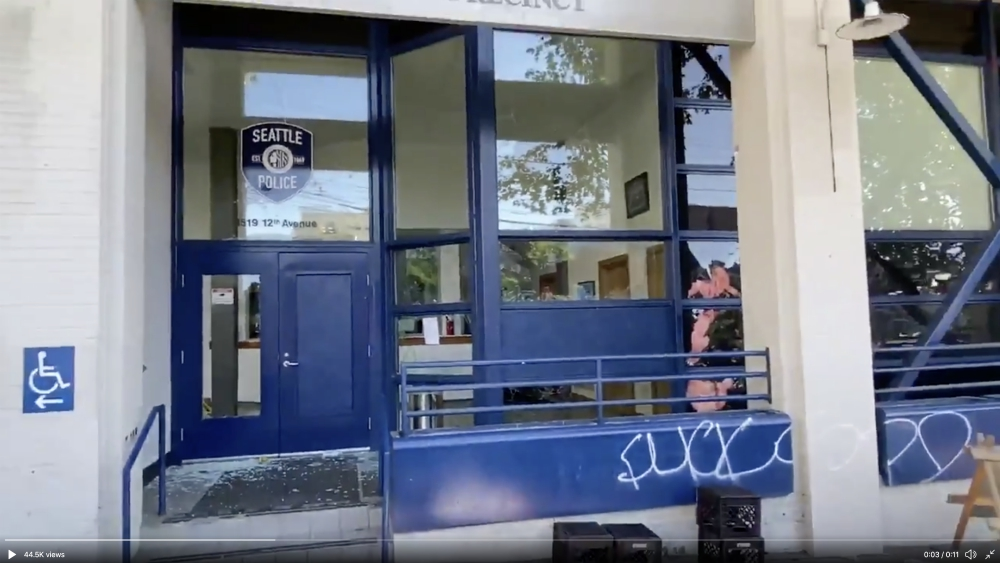 You should disabuse yourself of the notion that the Marxists who are taking over the Democrat Party at every level are calm, rational people who simply have differing views on public policy and governing.

The reality is, they are every bit the revolutionaries their ‘forefathers’ – Karl Marx, Vladimir Lenin, Che Guevarra – were, and they are working overtime to bring that kind of political violence and chaos to as many American cities as possible.

While Portland, Ore., has been the testing site for this burgeoning culture war, the revolution is spreading. Seattle’s Communist/socialist city council just passed a law that essentially forbids city police from using any common non-lethal crowd control devices like tear gas, pepper balls, and similar gear to protect citizens and property.

In short, they have effectively been rendered toothless, leaving them with just batons and shields to beat back crowds of ‘peaceful protesters’ heavy rocks, frozen water bottles, bricks, and explosives at them.

Keep in mind that police employ things like tear gas and pepper balls to disperse crowds because they are always outnumbered. If they now have to physically fight protesters to disperse them, they’re going to be overwhelmed time and time again, meaning their lives are going to be put in danger. Even the best, most physically fit officer can’t take on five or six or 10 people at a time.

The stupidity of the city council’s decision was not lost on Police Chief Carmen Best, who is already warning citizens and business owners they can forget about police protection.

“The Chief of Seattle police basically concedes if you or your property is attacked by the mob, you won’t get much assistance. It’s not her fault,” Seattle talk show host Jason Rantz noted.

The Chief of Seattle police basically concedes if you or your property is attacked by the mob, you won’t get much assistance. It’s not her fault. pic.twitter.com/GspibGqfYD

“It will create even more dangerous circumstances for our officers to intervene using what they have left – riot shields and riot batons. For these reasons, SPD will have an adjusted deployment in response to any demonstrations this weekend,” Best said in an announcement ahead of this weekend’s protests.

Translation: She’s not going to put her officers in harm’s way.

“The Council legislation gives officers no ability to safely intercede to preserve property in the midst of a large, violent crowd. Allowing this behavior deeply troubles me…I will never ask our officers to risk their personal safety to protect property without the tools to do so in a safe way,” she added.

“It is a fact that there are groups and individuals who are intent on destruction in our City…This weekend we know that several events are planned across the city that will foreseeably involve many of the same violent actors from recent days,” Best continued.

“There is no reason not to assume we will continue to experience property destruction, arson, looting, and attempts to injure additional officers throughout the weekend and beyond.”

Added one Twitter user: “The Seattle police chief informs business owners that they are on their own against rioters. The city council has tied her hands. The police do not have the tools to combat mob violence.

The Seattle police chief informs business owners that they are on their own against rioters. The city council has tied her hands. The police do not have the tools to combat mob violence. pic.twitter.com/iLV0ne9Z2i

Good-bye, Seattle. It was nice while it lasted.