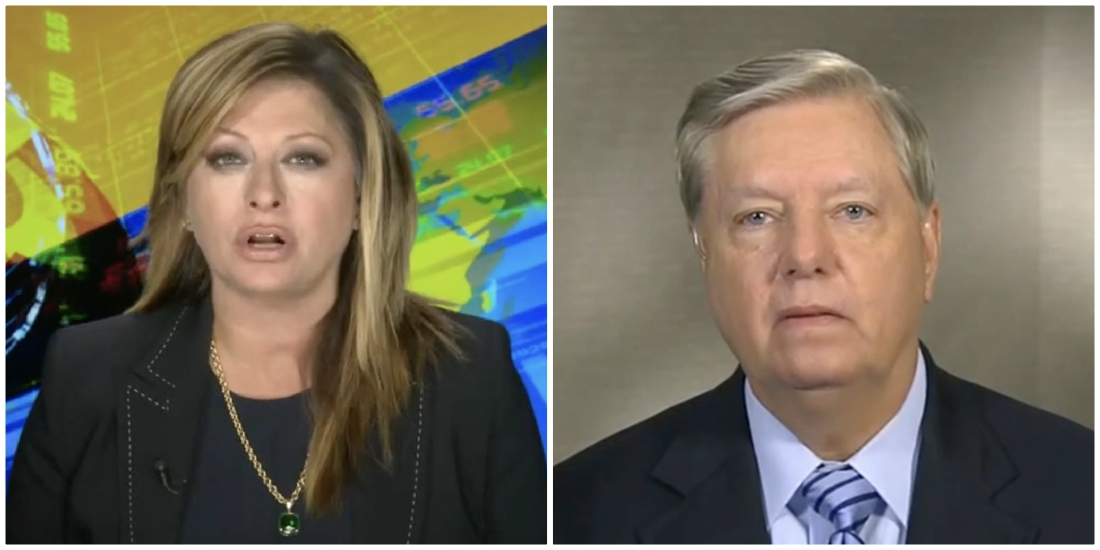 We haven’t heard much lately from Sen. Lindsey Graham, the South Carolina Republican chair of the Judiciary Committee. It seems as though coronavirus had stolen a lot of his thunder and the country didn’t seem to care much about anything else for months.

But he re-emerged on Sunday to rightfully blast the Obama administration’s deep state operatives in the FBI and Justice Department for their politicization of the world’s preeminent law enforcement institution.

In an appearance on Fox News Network’s “Sunday Morning Futures,” Graham said that Congress probed former British spy Christopher Steele’s ‘Russia dossier’ in 2018, adding that the FBI fibbed bigly to lawmakers about it.

Graham, R-S.C., has been leading an oversight investigation into the FBI’s conduct during the early stages of the Russia probe, with a focus on the unverified dossier, which was used to get a Foreign Intelligence Surveillance Act (FISA) warrant to monitor former Trump campaign adviser Carter Page.

With new documents recently released that have shed light on the early days of the investigation, Graham hinted at what the public may learn in the days to come.

“Not only did the FBI lie to the court about the reliability of the Steele dossier, they also lied to the Congress, and that’s a separate crime,” Graham said.

The Justice Department inspector general noted in a report previously that the FBI defrauded the FISA court in seeking warrants to spy on a member of the 2016 Trump campaign, Carter Page – who was a CIA asset (which an FBI lawyer intentionally hid from the secretive court, by the way).

“Individuals who led the FBI at the time claim that they were unaware of this when it happened, but Graham said he does not believe this, given that there was a lengthy memo stemming from an interview with Steele’s sub-source, who said that the information he gave Steele was not reliable,” Fox News reported.

“I find it impossible to believe that McCabe and Comey were not made aware of this 40-page memo,” Graham said, a reference to former FBI Director James Comey and former deputy director Andrew McCabe.

“Anybody that knew that the Russian dossier was unreliable and continued to get a warrant against Carter Page based on that document should go to jail for defrauding the court.”

The FBI’s interview with the sub-source occurred in January 2017, however, the bureau continued to use the phony dossier in subsequent warrant applications. In all, reports claim, four warrants were sought and extended against Carter.

“The FBI continued to lie to the court, getting new warrants based on the dossier in April and June in 2017. After they knew it was a bunch of garbage they continued to use it anyway,” Graham said. “Somebody needs to go to jail.”

“I want to call the person who prepared the memo. I want to call the case agent who interviewed the sub-source for three days in January and ask him ‘oh, by the way, did you tell anybody above you that the dossier is a piece of Russian disinformation?’” he said.

That would be nice, considering that the FBI’s bogus counterintelligence probe into ‘Trump-Russia collusion’ began nearly five years ago.