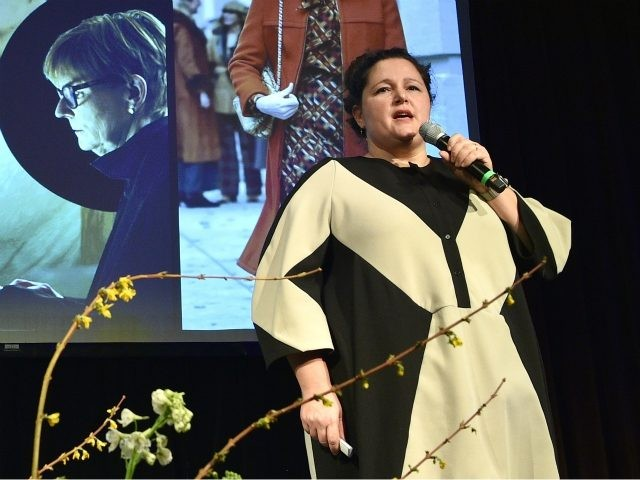 The New York Times is looking to expand aggressively into Hollywood in the hopes of spinning its brand of journalism into lucrative TV shows and movies. Leading the charge will be the editor behind the newspaper’s controversial 1619 Project, which sought to reframe U.S. history around slavery.

Since 2016, Caitlin Roper has served as a senior editor at The New York Times Magazine, where she spearheaded the 1619 Project with reporter Nikole Hannah-Jones. Roper is now taking on the new role of executive producer of scripted projects for the newspaper. Her job will consist of adapting Times reporting into “fictional projects” for the big and small screens, according to an announcement on Monday.

Roper has already been performing her new job on an informal basis, including securing a recent Hollywood deal for the 1619 Project that will turn the magazine series into feature films, television series, documentaries, and various forms of unscripted content. Lionsgate will serve as the studio while Oprah Winfrey has come aboard as a producer.

The 1619 Project has generated controversy since it was published last year. The series of articles sought to erase 1776 as the founding of the United States and to replace it with 1619, the year the first slaves arrived to the British colonies. But a number of prominent academics took issue with the project by disputing its argument that the Revolutionary War was fought to preserve slavery.

The Times has promoted the 1619 Project in schools by developing a classroom version of the project to be taught to elementary school children. The push has drawn ire from many who dispute the newspaper’s reframing of U.S. history, including Sen. Tom Cotton (R-AK), who is proposing a bill that would prevent schools from using the material in classrooms.