Joe Biden: Women ‘Have Never Had a Fair Shot to Get Ahead,’ Especially Minorities 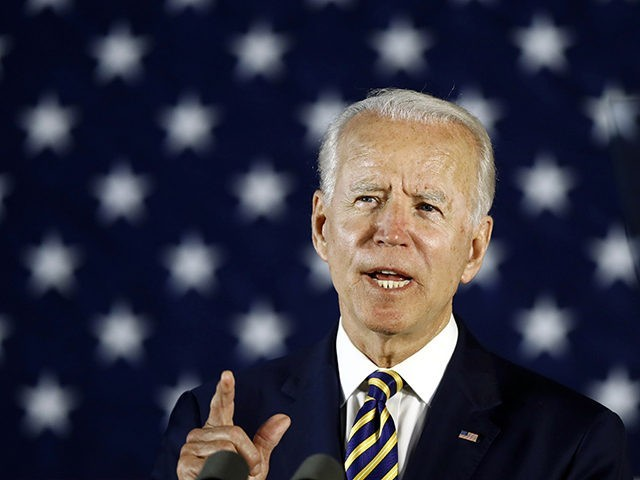 Former Vice President Joe Biden claimed women “never had a fair shot” in America while specifically identifying “women of color” as uniquely disadvantaged, making his allegation in a policy document released on Monday via Medium titled “The Biden Agenda for Women.”

Despite being published under his name, the document refers to Biden in the third person. The document includes 224 instances of the word “women.”

The hard truth is women — and particularly women of color — have never had a fair shot to get ahead in this country. That's why today, I'm releasing my plan to make sure women can fully participate in our economy and country. https://t.co/vUWUanQAR0

Joe Biden is going to build our country back better after this economic crisis and that includes ensuring we get closer to full inclusion of and equality for women. Women — particularly women of color — have never had a fair shot to get ahead in this country. Today, too many women are struggling to make ends meet and support their families, and are worried about the economic future for their children. This was true before the COVID-19 crisis, but the current global health crisis has exacerbated these realities for women.

For Biden, it’s a simple proposition: his daughter is entitled to the same rights and opportunities as his sons. He believes every issue is a women’s issue — health care, the economy, education, national security — but women are also uniquely and disproportionately impacted by many policies. As President, Biden will pursue an aggressive and comprehensive plan to further women’s economic and physical security and ensure that women can fully exercise their civil rights.

Biden repeated his promise to include sex and race as a selection criteria for his running mate and Supreme Court nominations if elected president. He wrote, “Biden has committed to selecting a woman to be his Vice President and an African American woman to be his first nominee to the U.S. Supreme Court.”

Foreign “domestic violence survivors” must not be detained or deported while their visa applications are being processed, deemed Biden. He called for an increase of visas issued under the Violence Against Women Act, including a “tripling [of] the current cap of 10,000 on U-visas.”