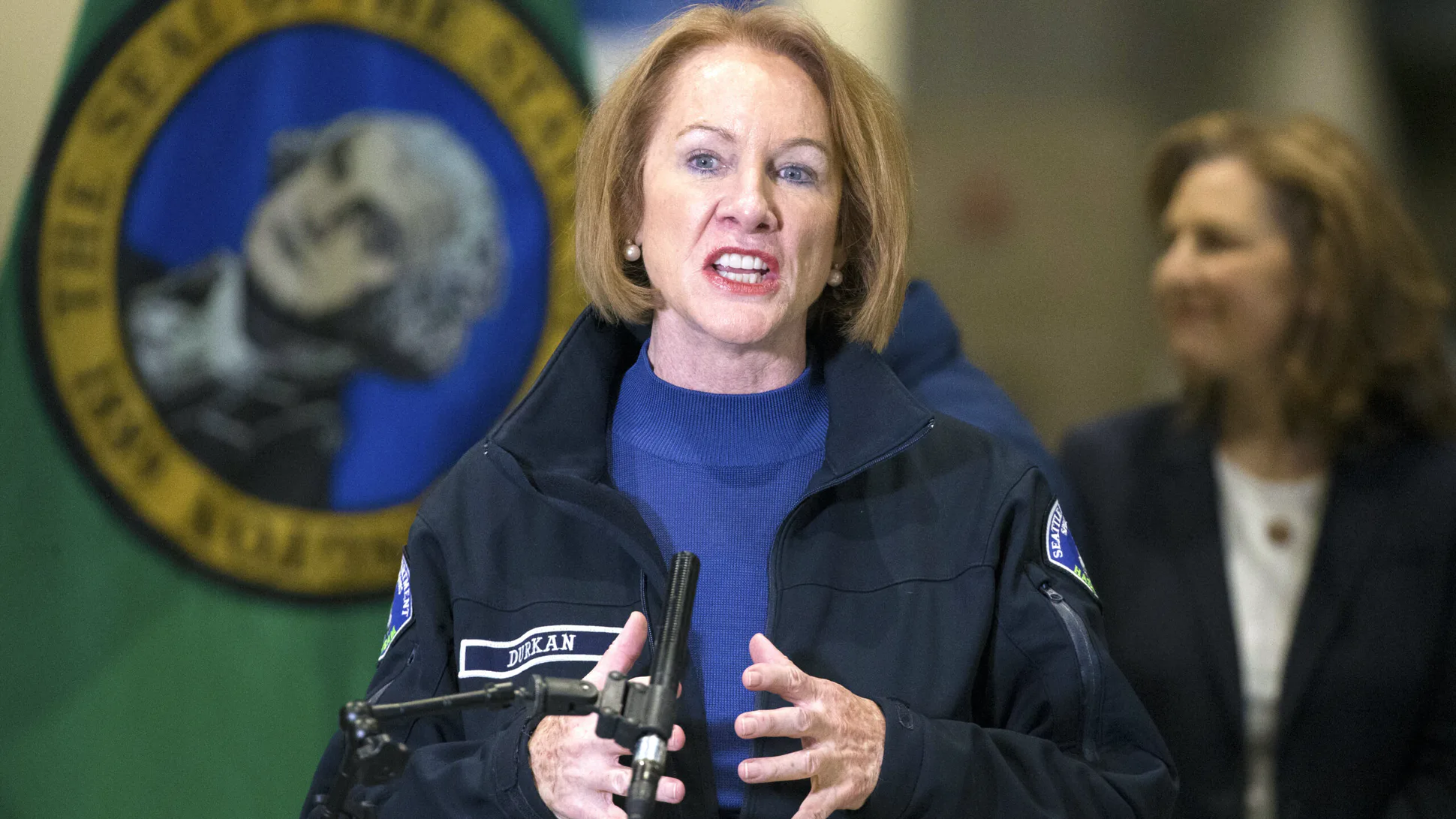 Seattle Mayor Jenny Durkan, an outspoken opponent of President Trump, accused the president on Monday of sending federal forces to riot-plagued cities as a “dry run for martial law.”

Durkan appeared on CNN’s “Outfront” Monday with host Erin Burnett. “You’ve previously said you didn’t want or need help from the president or the federal government in everything that’s happening,” said Burnett. “Does anything that’s happened this weekend make you reconsider that?”

“We don’t need the help that the president’s offering, and in fact I think the president actions directly escalated and were responsible for what happened this weekend,” Durkan charged. “Many people who were interviewed by media said they came to the protest because of what’s happening in Portland.”

“The protest itself was billed as something in solidarity with Portland,” she continued. “And so today I requested the Department of Homeland Security, since there was (sic) no actions directed against the federal properties here, to ask them to remove the standby team that they have because I believe it has escalated things here in Seattle. We’ve seen violence night after night in Portland. We don’t want that happening in Seattle.”

Burnett pressed, “Some of these images, they’re ugly. A Starbucks destroyed in the protest, a construction site for juvenile detention facility set on fire. Seattle police say officers were burned when protesters threw explosive devices at them. And look, a lot of what is happening here is not peaceful. This is just violent and destructive. And the president says he thinks mayors like you are refusing his help and those stand by forces because he’s the one offering it. Does he have a point?”

“No, again, the president’s actions clearly have escalated things in Seattle and across the country,” Durkan replied. “I was just talking to a number of mayors throughout the country who saw a similar thing, that people wanting to act out against the president and his administration coming to the streets. I believe if you look at what happened yesterday and Sunday again it was peaceful. We had a number of peaceful protests, and what we’ve seen is every time this president promises to sow division he’s successful at it.”

“He’s clearly targeted cities ran by Democratic mayors, he’s said so himself,” Durkan continued. “He’s using law enforcement as a political tool. I hate to see it, Erin, but I really believe that we are seeing the dry run for martial law. This is a president that’s using law enforcement and federal forces for political purposes and that should be chilling to every American.”

Durkan pontificated how she would solve the problems of her city.

“We will continue to do, I think, the number one thing we can do to bring peace to the streets in Seattle and across America is bring more justice to the systems,” she said. “And after the murder of George Floyd, millions of people turned out across this country demanding that we do better, that we dismantle systems of racial inequality and systemic racism and improve policing and provide more community health and education and everything in a community. That’s what we’re focused on here.”