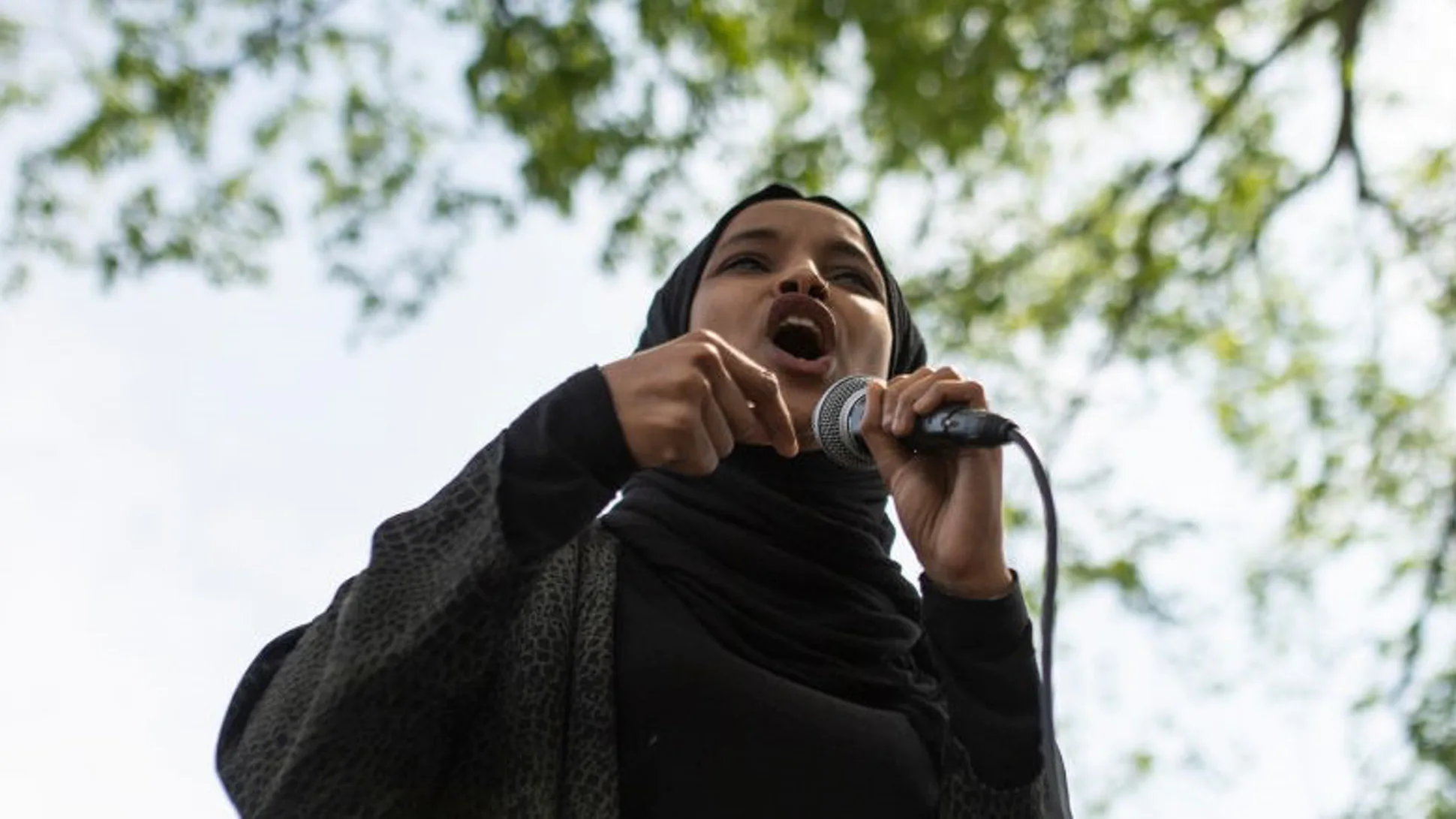 Despite an ongoing federal complaint against her, Rep. Ilhan Omar’s re-election campaign reportedly paid her new husband’s consulting firm more than $600,000 in the first three weeks of July, according to Federal Election Commission (FEC) records.

The Minnesota Democrat’s campaign has now paid E Street Group, the firm led by Omar’s husband, Tim Mynett, more than $1.6 million since August 2018, according to FEC records. The most recent payments were first reported by The Washington Free Beacon. “The money accounted for 77 percent of the campaign’s disbursements during that time,” the Beacon reported.

Mynett’s firm is Omar’s biggest campaign vendor. The campaign had already doled out $1 million to the firm this cycle before July. The $1.6 million in total payments accounts for nearly half of Omar’s $3.4 million in net operating expenditures this cycle.

Omar — a member of the so-called “Squad,” which includes Democratic Reps. Alexandria Ocasio-Cortez of New York, Rashida Tlaib of Michigan, and Ayanna Pressley of Massachusetts — has also paid Mynett’s political consulting firm more than $878,000 since 2018, including $189,000 just weeks after the couple announced they had gotten married, the New York Post reported earlier this month.

In just the first quarter of this year, Mynett’s E Street Group pulled in $292,000 from Omar’s campaign, fees the campaign says were paid for digital advertising, fundraising consulting and research services.

“The payments between the Minneapolis Democratic congresswoman and Tim Mynett prompted at least one ethics complaint in 2019 after The Post first revealed allegations — made by Mynett’s then-wife in her divorce filing — that Omar was having an affair with the member of her political consulting team, who was at the time married to another woman. Omar was married to her second husband at the time,” The Post wrote.

Citing Open Secrets data, the Post reports that a majority of the $878,930.65 Omar’s campaign paid to Mynett’s firm since he began working for her in 2018 was paid after Omar won her congressional seat in the deep blue district in November 2018. The representative has been the biggest client of E Street Group, the outlet notes.

In an August 2019 report, The Washington Examiner reported that the “overwhelming majority of Omar’s funds spent on the E Street Group were paid after she won the contested primary and during the totally noncompetitive general election race in her D+26 district.” The Examiner also claimed that Omar “did not designate whether her E Street Group disbursements (or any of her disbursements) were for the primary election or the general election,” which ran “contrary to FEC rules.”

The conservative National Legal and Policy Center (NLPC) filed a complaint with the FEC in August 2019, alleging that Omar broke federal laws by using campaign funds to pursue an affair with Mynett.

Omar wrote on Twitter in March that she and Mynett received approval from federal authorities to continue their business relationship, even as they were newly married.

“We consulted with a top FEC campaign attorney to ensure there were no possible legal issues with our relationship. We were told this is not uncommon and that no, there weren’t,” Omar wrote.

Omar also said, “[W]e pay fair market value for these services, but spend relatively little on fundraising compared to how much we raise, allowing us to invest more in organizing work to pass a bold progressive agenda.”

The second thing they would see: we pay fair market value for these services, but spend relatively little on fundraising compared to how much we raise, allowing us to invest more in organizing work to pass a bold progressive agenda.