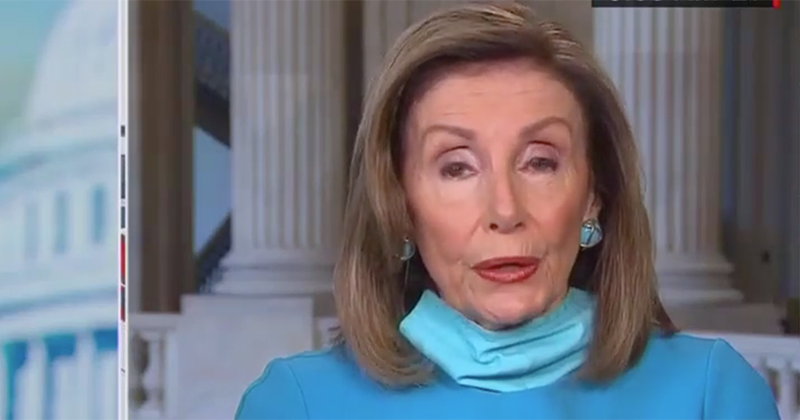 Nancy Pelosi made a startling admission Sunday, noting that China is engaging in election manipulation and that it wants to see Joe Biden become President.

An an CNN interview, Pelosi argued that China’s manipulation isn’t “equivalent” to that of Russia because the Communist state is on team Biden, while Russia supports Trump.

“China would prefer Joe Biden, but Russia is actively 24/7 interfering in our election, they did so in 2016 and they’re doing so now, and [the administration says] that to a certain extent, but they need to tell the people more,” Pelosi proclaimed.

House Speaker Nancy Pelosi said on CNN that the threats posed by China and Russia to U.S. elections are "not equivalent," stressing that "Russia is actively, 24/7, interfering in our election." https://t.co/1GgIHP8cpg

Pelosi also insultingly argued that Americans do not have a sufficient “understanding” regarding “foreign influence” in US elections, for which she also blamed the Trump Administration.

She added that the White House hasn’t done enough to panic the people into believing that Russia is running their country.

“I can’t divulge information that’s classified”, Pelosi said, while basically warning that there is a far reaching global plot to interfere in the election.