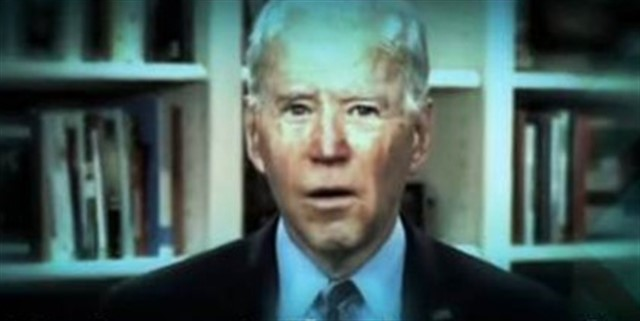 Now that presumptive Democrat nominee Joe Biden has officially announced his running mate by picking Kamala Harris, some are already eager to shove him out the door.

With lunchbucket Joe’s mental condition deteriorating daily and making him incapable of executing the duties of the office if elected, the real POTUS after the election will either be President Trump or Harris.

Biden has yet to deliver his controlled acceptance speech at the convention, to be delivered from the safety of his Delaware basement, yet CNN is already laying the groundwork for his inevitable departure from the political stage.

According to CNN editor-at-large Chris Cilizza, Harris “will be ready to step in” when the Democrat establishment decides that it’s time to pull the plug on Biden. 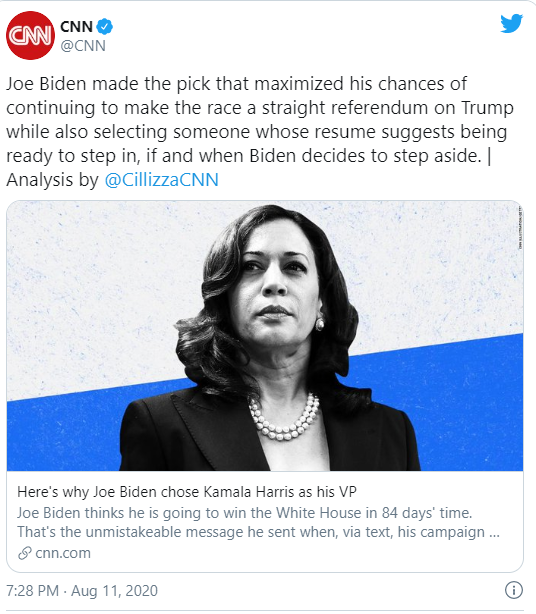 “What Biden did is make the pick that maximized his chances of continuing to make the race a straight referendum on Trump while also selecting someone, in Harris, whose resume suggests will be ready to step in if and when Biden decides to step aside.”

He also gushes over the “qualifications” of California’s junior senator:

There was no one else on Biden’s VP shortlist that checked so many boxes.

He conveniently left out that CNN President Jeffrey Zucker is enchanted by Harris who he once hosted a breakfast for. 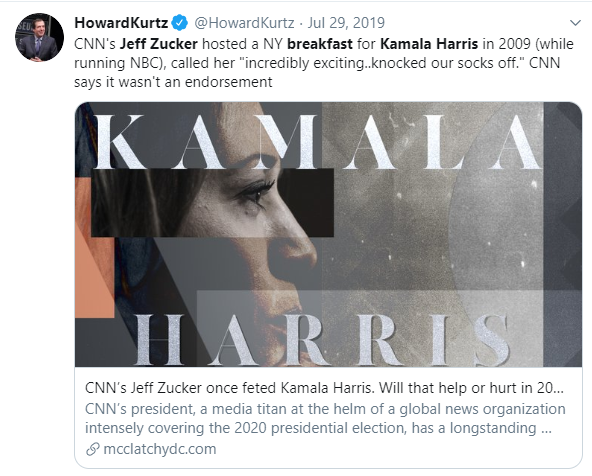 Cillizza also details why Barack Obama’s vicious hatchet woman Susan Rice who had been rumored to be Biden’s pick lost out to the ambitious Californian.

“Picking former US Ambassador to the United Nations Susan Rice, who saw her fortunes soar in the finals days of the veepstakes, undoubtedly appealed to Biden, since he had the closest personal relationship with her and believed she could help him heal the wounds, internationally, that Trump has created. But Rice’s ties to the attacks in Benghazi, Libya – not to mention her presence in a January 20, 2017, meeting on Michael Flynn – created clear attack lines for Trump’s campaign to turn the spotlight from his flailing bid to Biden and Rice.”

in the end, Rice’s closeness to Obama ended up working against her instead of putting her over the top and the reference to her presence in the meeting where the final touches were put on the plot to frame General Michael Flynn are telling that there is a fear that she could be on the receiving end of an October surprise.

With the groundwork already being laid to ship Biden off to the glue factory, It is going to be awkward for Harris who is clearly the chosen one and not only because she once accused the old warhorse of being a racist.

If the Democrats can pull off the bait and switch it will be the greatest political scam ever inflicted on the American people.