Jim Carrey: ‘Too Many Americans Support Trump Because He Appeals to Their Basest and Most Primitive Urges’ 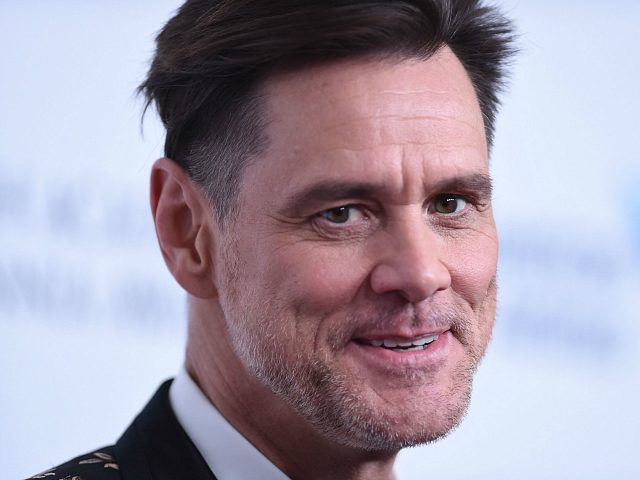 Actor Jim Carrey is once again lashing out at President Donald Trump — for old times’ sake, stating that far too many Americans support Trump “because he appeals to their basest and most primitive urges.”

“Where did the modern Republican Party’s cruelty come from?” Jim Carrey asks in an op-ed for the far-left Atlantic magazine.

“Too many Americans support Trump because he appeals to their basest and most primitive urges, through his racism, his misogyny, his mockery of the disabled, and his encouragement of violence during his campaign,” the Sonic the Hedgehog star continues. “If you consider yourself a patriot, know full well that the direction the Republican Party has taken threatens to obliterate America’s once hopeful experiment in liberty.”

Carrey also compared the president’s speech during the Republican National Convention to Michael Corleone declaring his belief in God during the climactic baptism scene in The Godfather.

“Watching Trump accept the nomination of the Republican Party in the people’s house during a pandemic he exacerbated was like watching Michael Corleone swear a sacred oath while his underlings settled scores across the city,” Carrey wrote.

The scene in question shows Michael Corleone presiding over the baptism of his nephew and declaring his belief in God, Jesus Christ, and the Holy Spirit, while his henchmen gun down the Corleone family’s enemies around the city.

Carrey made another movie reference in his Atlantic op-ed. “I was amused to see Trump play the self-made billionaire in Home Alone 2, but the presidency is not performance art. People’s lives depend on him,” the Hollywood actor wrote. “Our future is at stake.”

Jim Carrey, whose Showtime comedy Kidding was recently canceled after two seasons, is one of Hollywood’s most passionate anti-Trump voices, regularly posting his sketches and paintings lampooning the current administration. His most recent illustration shows Abraham Lincoln reacting to the RNC by sticking a gun in his mouth.

“In November, we must vote in historic numbers, gathering all the ‘snowflakes’ until there’s a blizzard on Capitol Hill that no corrupt politician can survive,” Carrey wrote in conclusion. “We must vote for decency, humanity, and a way of life that once again captures the imagination of kids all over the world—kids like me.”

On Wednesday, The Atlantic ran an anonymously-sourced story claiming that President Donald Trump disparaged amputee veterans and called deceased veterans “losers” during a trip to France. But the report has been disputed by those close to the Trump administration, including former White House press secretary Sarah Huckabee Sanders, who said she was present during one of the meetings in question.

“I was actually there and one of the people part of the discussion — this never happened,” Sanders tweeted.

President Trump — who has consistently stood behind veterans and enacted policies supporting them — also denounced the article as completely false.

“To think that I would make statements negative to our military and our fallen heroes … it is a disgraceful situation by a magazine that’s a terrible magazine,” the president said. “I don’t read it, but I just heard about it.”