CONFLICT OF INTEREST: Bombshell Connection Between Joe Biden And ‘The Atlantic’ Emerges 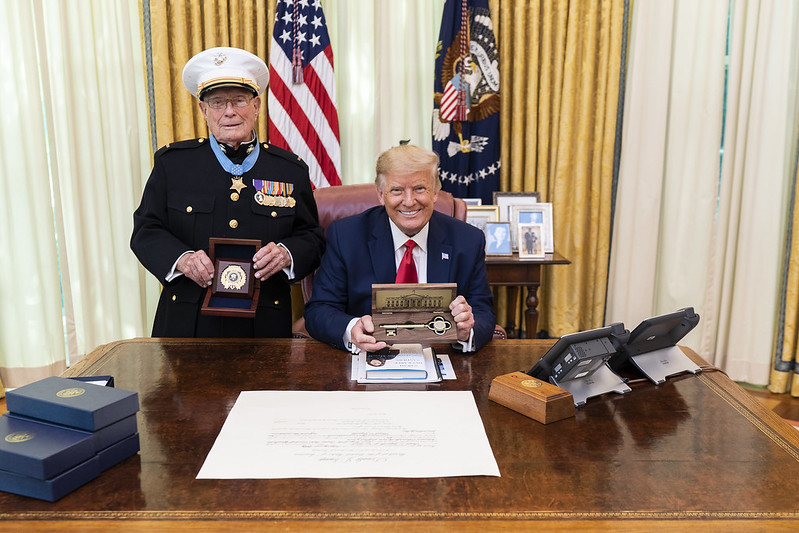 If your instinct once you heard about The Atlantic’s story accusing President Trump of mightily disparaging American war dead was to shake your head in abject disbelief, you were spot on.

Because it turns out that the story’s most salacious claims and details have been refuted, debunked, disavowed, and exposed as big-time horse doo-doo.

But there appears to be even more to the story than the story itself: There is a distinct connection between the magazine and the campaign of Democratic presidential nominee Joe Biden.

The Daily Caller reports that billionaire philanthropist Laurene Powell Jobs, who owns a majority stake in The Atlantic, is a massive ($1.2 million) donor to Biden and Democratic candidates. And what’s more, she keeps in regular contact with the magazine’s Obamaite editor-in-chief Jeffrey Goldberg, who also just happens to be the author of the story.

Powell Jobs contributed $2,800 to former Vice President Joe Biden’s primary campaign in October, and in June she divvied out an additional $610,600 to the Biden Victory Fund. She’s also provided maxed out donations to at least 66 other Democratic politicians since the start of 2019, all the while providing nothing to Republican candidates, according to Federal Election Commission records.

Wow – conflict of interest much?

The Atlantic just happened to get the ‘scoop’ in April 2019 that Biden was going to jump into the 2020 presidential race. Also, David Bradley, the magazine’s long-time chairman, once served on the board of the now-defunct Biden Cancer Initiative.

The story was anonymously sourced; none of the four people allegedly quoted were named, though journalists on the Left and Right are calling for them to step out of the shadows – if they even exist – and do so publicly.

What’s more, Goldberg, who is supposed to be this well-connected hotshot journalist, never bothered to reach out to the Trump White House or to former members of his administration who could have confirmed claims that the president called World War I dead “suckers” and “losers” during a 2018 trip to France (which makes no sense, given Trump’s oft-stated affection of and respect for the military – not to mention all that he has done for our men and women in uniform).

There’s a reason why he didn’t reach out, though: Because as many as 10 people have now publicly refuted Goldberg’s ‘anonymous’ accounts, meaning that the story was nothing more than the latest hit job on the president a few months before an extremely important election.

And now, the connection to the Biden camp makes it even more likely that the story was BS from the outset and was never true – just like your instincts told you.