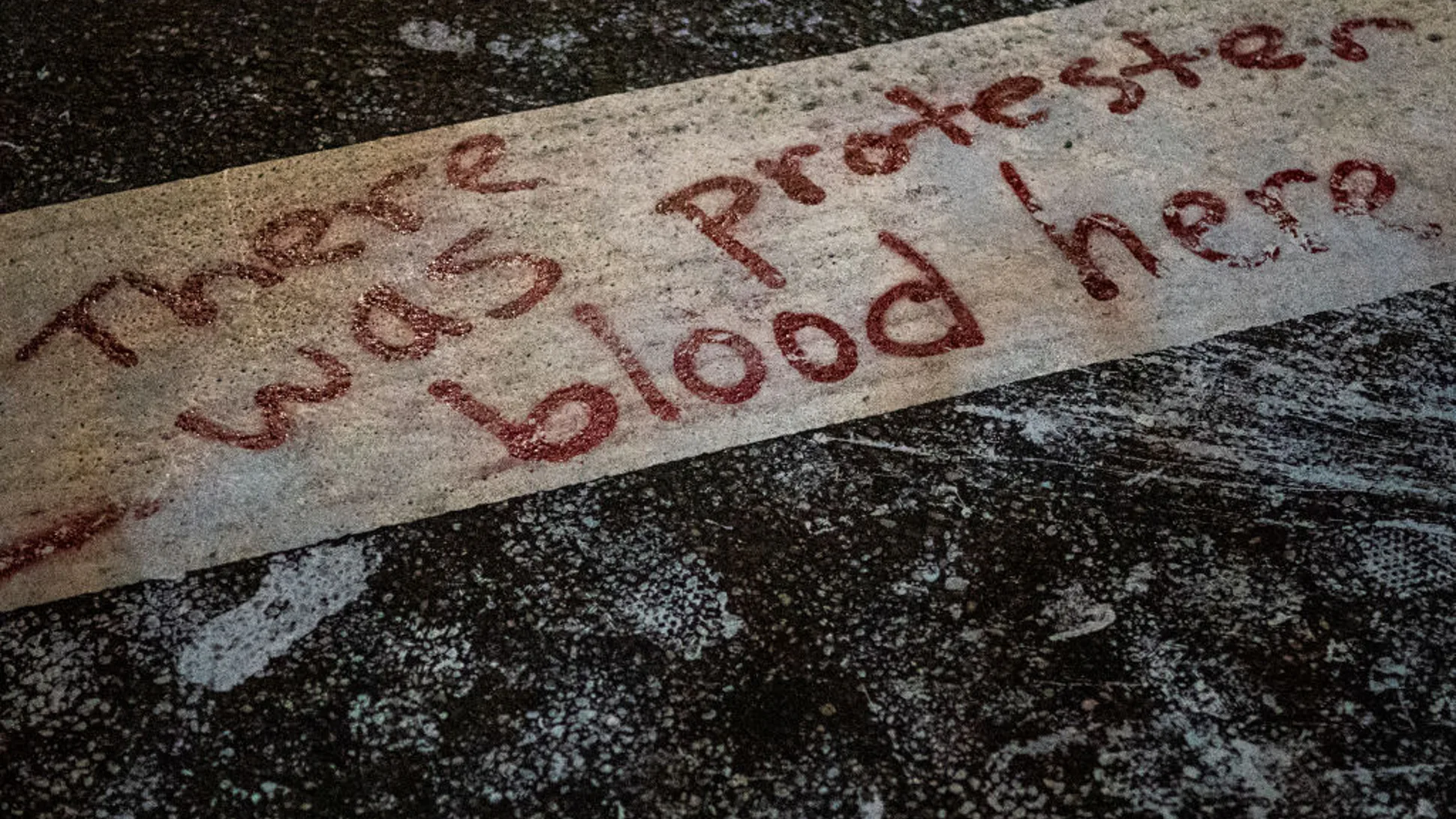 Groups hosting and coordinating the ongoing unrest in Portland, Oregon, have established an “approved” media list and are vetting coverage from on the ground, according to a report from Reason’s reporter on the scene, Nancy Rommelmann, and they are blocking, harassing, and even threatening “un-approved” journalists there to provide more accurate coverage of riots, looting, and violence.

Rommelmann says she became curious about the way Portland’s unrest was being covered in mainstream media outlets after seeing individuals at demonstrations with the word “press” emblazoned across helmets and protective body armor.

It turns out, she found, groups organizing the protests in Portland are also vetting reporters for an “Independent Press Corps” — a group allied with and approved by protesters, who are deeply involved in crafting and guiding the way mainstream media outlets are reporting on Portland’s demonstrations — and the group includes reporters affiliated with some of the nation’s top papers.

“The IPC is an organized group in league with the activists, and it is usually their footage you see streamed online and recycled on the news: mostly innocent protestors being harassed and beaten by police,” Rommelmann writes Saturday.

“The IPC and other documentarians who are deemed sympathetic to the activists’ cause agree on certain principles. You do not show activists’ faces. You only show activists in a defensive position: responding to, rather than inciting, violence. You enhance what can appear to be police brutality, e.g., activists defending themselves with homemade shields, often bearing the anarchist circle-A, against police,” she continues. “The shields are largely ineffective for personal defense, but extremely effective for optics, and that’s precisely the point. If a member of the IPC is arrested, he or she will be protected.”

The list of approved reporters include the “man on the ground for the New York Times,” Rommelmann says, as well as a high profile social media reporter whose Tweets are largely considered an official timeline of Portland events, and many have connections directly to national outlets like The Washington Post.

“These protester-approved journalists are producing much of the news you see about the protests, with an assist from the national press. Kate Shepherd isn’t on the list, but she was previously a sympathetic reporter for local Portland media, and she is now filing such stories for The Washington Post, with headlines like ‘Portland police arrest a hate crime survivor and Wall of Moms organizer in crackdown,’” according to Rommelmann.

Reporters like Rommelmann, who are judged “not sufficiently sympathetic to the cause” (largely those who are not signed on to the protesters’ ten agenda items) are harassed, intimidated, and confronted and, on occasion, assaulted and threatened. Rommelmann reports of being told that “photography equals death,” and had her phone knocked from her hand as she filmed something the IPC wasn’t interested in reporting.

That’s creating a “bottleneck” in reporting that protects most news consumers from what’s happening in Portland, where the unrest has continued for nearly four months, moving from downtown Portland, where agitators were attacking and attempting to burn a federal courthouse, now to residential neighborhoods.