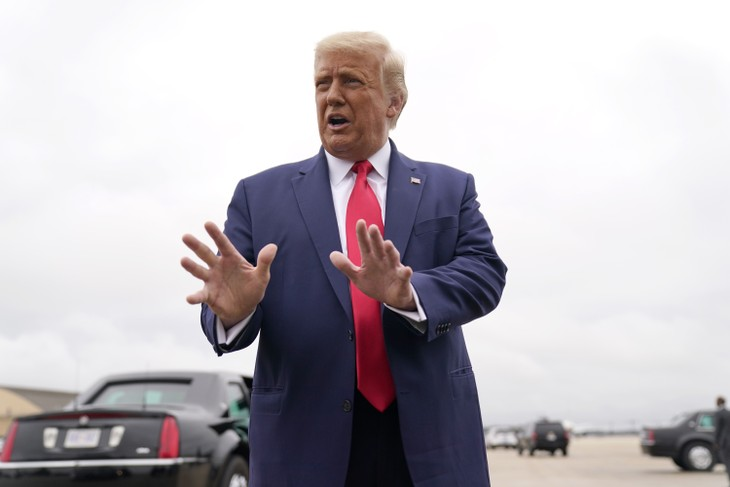 effrey Goldberg, the editor-in-chief of The Atlantic, admitted that a key detail of his article about Trump could be wrong during an interview with CNN on Sunday.

“When President Donald Trump canceled a visit to the Aisne-Marne American Cemetery near Paris in 2018, he blamed the rain for the last-minute decision, saying ‘the helicopter couldn’t fly’ and that the Secret Service wouldn’t drive him there. Neither claim was true,” Goldberg wrote in his piece published last week. According to Goldberg, President Trump was overheard saying he wanted to cancel the trip to the cemetery because “it’s filled with losers.”

At least fifteen Trump administration officials who were with Trump on that trip have now disputed the Atlantic report, including former national security adviser John Bolton.

FOIA documents have also definitively proved that Trump’s visit to the cemetery was canceled due to weather. When Goldberg was asked about evidence that the cancelation was due to inclement weather, he admitted that it was likely true.

“I’m sure all of those things are true,” he told CNN.

This admission by Goldberg completely undermines his entire story. Goldberg claimed the trip wasn’t canceled because of weather. Evidence proves this claim is false. Goldberg now admits that weather causing the cancellation is true. Why should we believe anything else in the story when the foundation of it is admitted to be incorrect?

Despite this, Goldberg still defended his article, claiming that “the public’s interest in meeting this information outweigh the ambiguities or the difficulties of anonymous sourcing.” Goldberg also said he would continue to publish similar stories.

In other words, more fake news is coming.