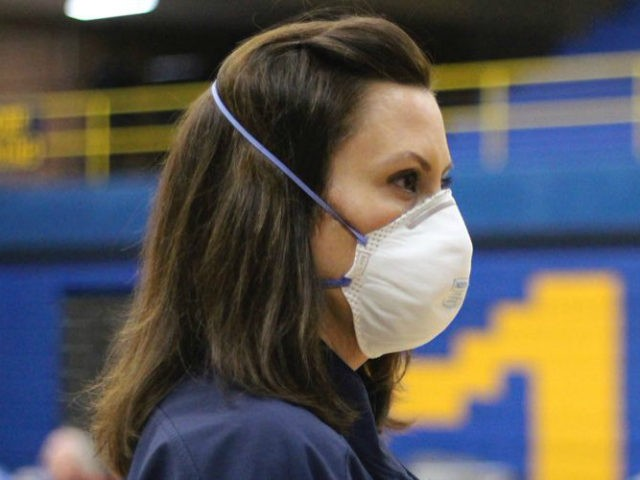 Michigan Gov. Gretchen Whitmer (D) claims citizens with “automatic rifles” showed up on her lawn when President Donald Trump focused on her refusal to reopen her state after the coronavirus shutdown.

She then contended that the focus on her was a political move, “designed to tear us apart for the benefit of a re-election and that’s criminal.”

On September 11, 2020, Fox 2 quoted Trump telling Michigan residents, “Michigan has already gained and regained more than half of the jobs that it lost — and if your state was ever allowed to safely reopen by your governor, who doesn’t have a clue, just like Joe [Biden], you would have gained far more than that.”

Whitmer’s reference to “automatic” firearm is not new. On May 26, 2020, Breitbart News reported that she claimed protesters with “automatic rifles” were outside her home. She provided no evidence to show how she ascertained the firearms were “automatic.” She simply said, “My family has had men with automatic rifles standing in view of our front window outside our home.”

On June 17, 2014, Breitbart News reported Hillary Clinton’s claim that we need more laws to stop people from entering schools “with an automatic weapon” and committing heinous crimes. She did not provide a single example of an “automatic weapon” being used in a school shooting, but she did mention the December 14, 2012, attack on Sandy Hook Elementary School.

The Sandy Hook Elementary School attacker did not use an automatic firearm.