Pelosi Hasn’t Spoken To Trump In Almost A Year: ‘I Don’t Find It A Good Use Of Time’ 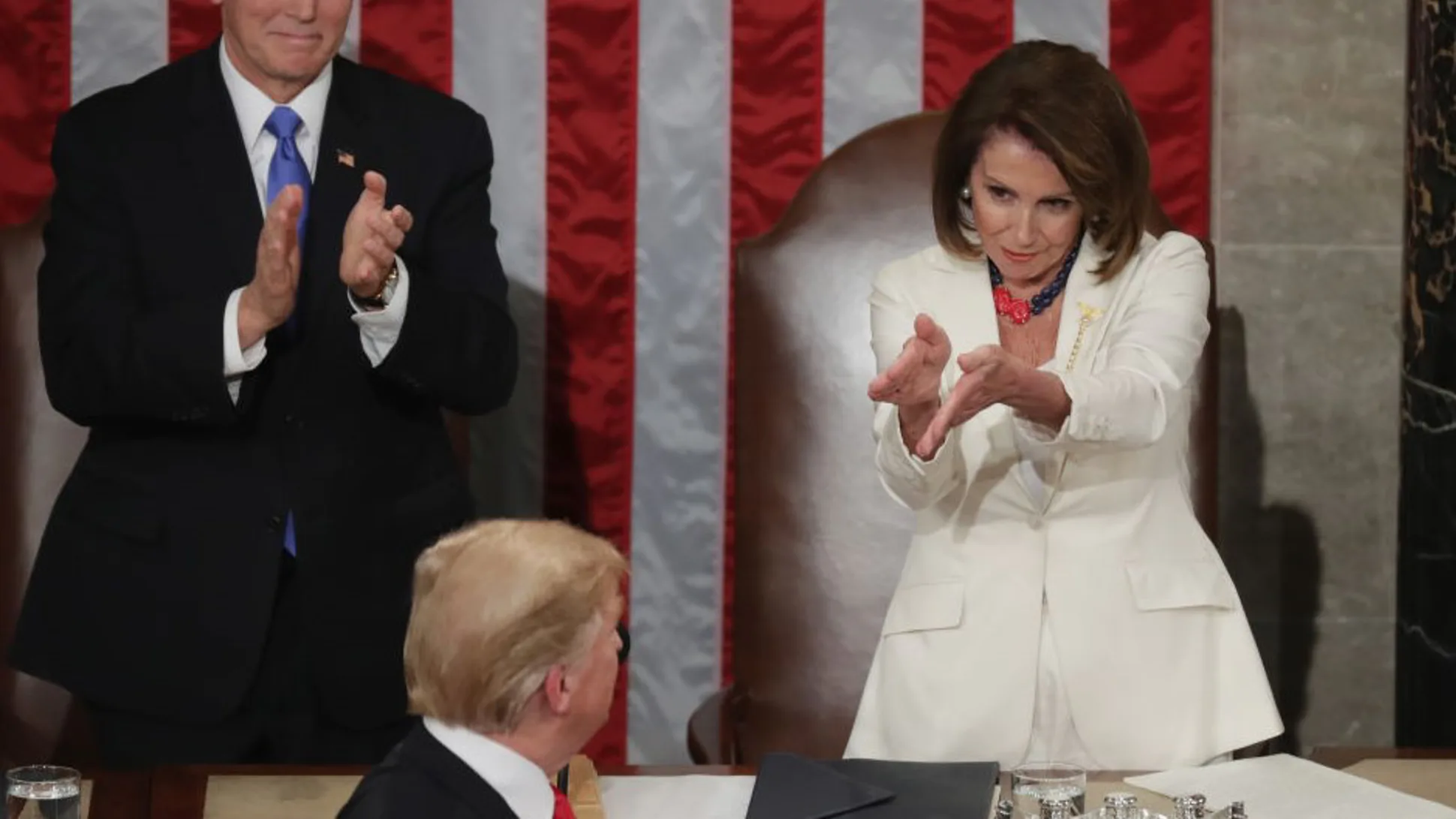 Back in the 1990s, House Speaker New Gingrich clashed endlessly with President Bill Clinton. The Georgia Republican battled the Democratic president with whom he rarely saw eye to eye.

But the two were able to work together. Clinton would reportedly call Gingrich at midnight and the two politicians would talk for hours. The president knew that in order to get anything done, he’d have to compromise with the House leader, and he was smart enough to do so.

House Speaker Nancy Pelosi (D-CA) on the other hand, doesn’t work with President Trump — at all. In fact, she says the two haven’t spoken in nearly a year.

Trump and the California Democrat haven’t “had an extended, face-to-face conversation since Oct. 16, 2019, during a meeting at the White House about Trump’s decision to withdraw U.S. troops from northern Syria,” The Hill reported.

The two haven’t even been in the same room since February, when they both attended the National Prayer Breakfast. That was two days after Trump’s State of the Union address, during which Pelosi dramatically ripped up a copy of Trump’s speech after he finished delivering it.

The Speaker — second in the line of succession after the vice president — hasn’t talked to Trump about the wildfires raging in her state, or about helping Americans hurting from shutdowns amid the COVID-19 pandemic. She said on MSNBC that “in the interest of time,” she finds it easier to talk to the president’s intermediaries.

“Well, I’ve spoken to his representatives and he says that they speak for him. And I take that to be true about the secretary of the Treasury [Steven Mnuchin] and we have worked together,” Pelosi said.

Pelosi said that she finds Trump to be unreliable, adding, “I don’t find it a good use of time.”

“Quite frankly, my experience with the president has been that it hasn’t been on the level. You know, he’ll say something and then it doesn’t really happen. So in the interest of time, we’ll work with who he sends over,” Pelosi said.

Trump, too, doesn’t much like talking to Pelosi, who made a scene in 2019 when she was invited to the Oval Office. He says he’s taking “the high road” by not meeting with Pelosi or Senate Minority Leader Charles Schumer (D-NY). Pelosi walked out of the October 2019 meeting after the two clashed over whether Trump had called the Speaker a “third-rate” or “third grade” politician.

“I know Pelosi, I know Schumer very well. They don’t want to make a deal because they think it’s good for politics if they don’t make a deal,” Trump said. “I’m taking the high road by not seeing them. That’s the high road.”

Afterward, Pelosi told reporters “we have to pray” for Trump’s health.

That led to Trump dinging Pelosi at the prayer breakfast.