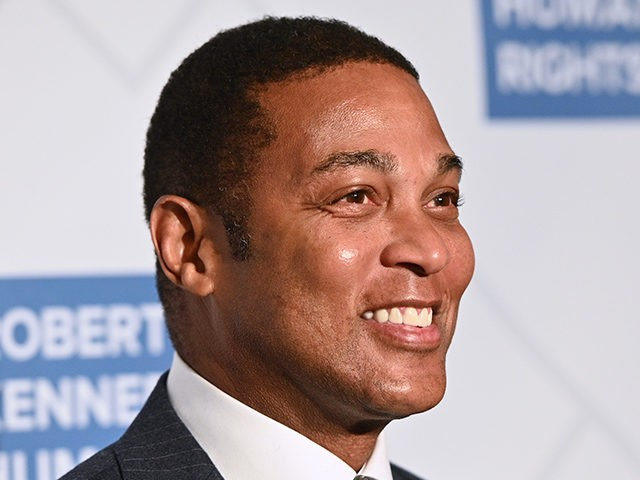 What he meant, of course, is blowing up a system of democracy, a representative republic that protects the rights of the minority — and what I mean by “minority” is not a racial minority.

Lemon is furious over what’s happening with the Supreme Court. He’s furious that democracy isn’t going his way, so he wants to put an end to it — by any means necessary.

Yes, CNNLOL staffers are all godless liars, but when it comes to threats of violence, you can count on them to keep their word.

Don Lemon: “We’re gonna have to blow up the entire system.”

Chris Cuomo: “I don’t know about that.” pic.twitter.com/pGT9WZEv0q

TYPHOID FREDO: No matter what happens [with the Supreme Court], everyone sticks with their team.

FREDO: I don’t know about that. You’re just going to have to vote.

LEMON: Yes, and you know what we’re gonna have to do…? Honestly… From what your closing argument is…? You’re going to have to get rid of the Electoral College. Because the people…

LEMON: Because the minority in this country decides who the judges are and they decide who the president is. Is that fair?

FREDO: You need a constitutional amendment to do that.

FREDO: Well, you need two-thirds vote in the Congress and three quarters of the state legislatures.

LEMON: They may be able to do that.

If you watch the clip, you can hear the rage and frustration in Lemon’s shaky voice (not to mention his ignorance of how constitutional amendments work), you can also see the rage in his watery eyes. He’s furious that a duly elected president and a duly elected U.S. Senate — a man and a governing body elected by the people — are about to do their constitutional duty and replace a Supreme Court Justice.

So, because the CNNLOL crybully isn’t getting his way, he wants to change the rules, he wants to strip the minority of all their rights and win through the tyranny of majority rule.

Further, he wants to violate one of those precious norms the media always talk about protecting, by stacking the highest court in the land until there are enough justices who will give the CNNLOL crybully everything he wants.

Most of all, though, heed his threat to “blow up the entire system.”

This is no idle threat.

CNNLOL does not make idle threats.

CNNLOL has been the tip of the spear of normalizing, encouraging, and defending political violence. The domestic terrorists in Black Lives Matter and Antifa are CNNLOL’s Brownshirts, and CNNLOL has gone to the mat to defend their Brownshirts and their violence.

CNNLOL has openly called for violence.

These people are evil. They are monsters, and God help us in November if their evil and monstrous tactics are validated.