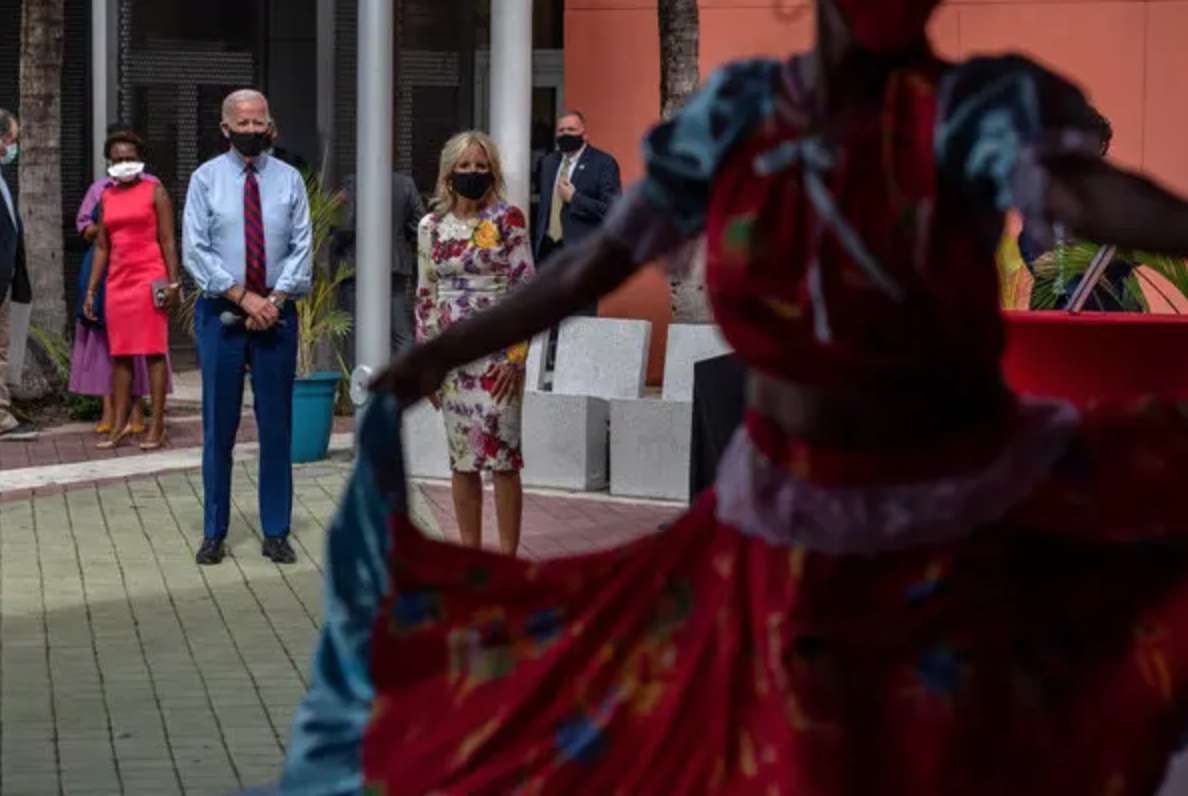 On Monday. Former Vice President and Democratic nominee, Joe Biden, told a group of young dancers that he wanted to see them perform again “when they’re four years older.” Biden made a disturbing comment during his visit to the Little Haiti Cultural Center. On his trip, a group of traditional Haitian dancers made a dance performance.

As he addressed the dancers, Biden said, “Good news is, for me, I’m here. The bad news for you is I’m coming back.” He continued to tell the young girls, “And I want to see these beautiful young ladies. I want to see them dancing when they’re four years older, too.”

In his visit, Biden also tried to show his mastery of the French language when he encouraged the audience to deliver a “coup de grâce” on President Trump in the upcoming general elections. He addressed the crowd by saying that it would be such an irony if they could deliver a “coup de grâce” or final blow against Trump on Election Eve. The term refers to a death blow or a final act of mercy, for a wounded animal. Another term also defines coup de grâce as a finishing blow, or act.

The nominee also described himself as a practicing Catholic. However, he had favored several liberal agendas such as abortion.

Biden’s visit was one of the several stops he made in Florida. The nominee’s cultural trip seemed like a response as President Donald Trump continued to gain more favorable votes from people of color than he did in the past election.

Unfortunately, this is not the first that Biden made problematic comments and actions to girls. In February this year, the nominee kissed his granddaughter on the lips in his Iowa rally. In his campaign, Biden introduced Hunter’s daughter, Finnegan. He said that grandfathers should also be allowed to embarrass their granddaughters. The nominee then went on to thank Finnegan and surprisingly kissed her on the lips.

Just this year, former Biden aide, Tara Reade also accused the then-Senator of sexual assault. Reade claimed that in 1993, the nominee groped, kissed, and penetrated her with his fingers.