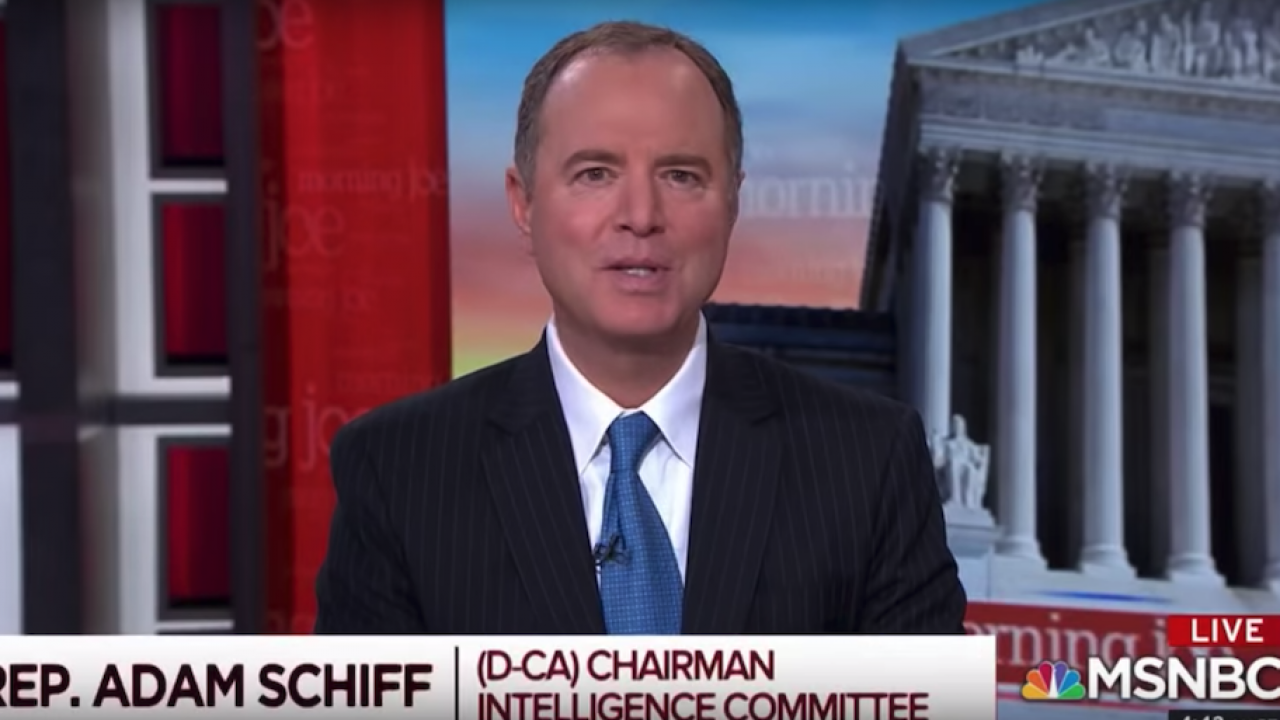 Adam Schiff who spent years lying to the American people about his “evidence” that President Trump was in cahoots with the Kremlin is flogging another wild conspiracy theory.

On Tuesday, Trump finally put an end to Nancy Pelosi’s games by calling off any talks on another coronavirus relief package until after the election, effectively ending Madame Speaker’s hostage-taking.

Trump took to Twitter to blast “Crazy Nancy” and her ongoing refusal to cut a deal that would provide much needed economic relief to suffering Americans unless it contained massive bailouts for blue states that have been mismanaged into near-insolvency by Democrats.

“Crazy Nancy Pelosi and the Radical Left Democrats were just playing “games” with the desperately needed Workers Stimulus Payments. They just wanted to take care of Democrat failed, high crime, Cities and States. They were never in it to help the workers, and they never will be!”

Schiff quickly ran to his favorite cable news network CNN where he donned his tinfoil hat and implied without proof that Trump’s decision to call off the stimulus talks was due to him being impaired by the drugs that he has been taking for treatment of COVID.

The congressman whose district includes Hollywood also said that Trump’s illness posed a “grave security problem” but given his history of hyperbole on the Russia scam, nothing that comes out of this guy’s mouth should be believed.

On Tuesday’s broadcast of CNN’s “Situation Room,” House Intelligence Committee Chairman Adam Schiff (D-CA) stated that President Donald Trump’s decision to call off coronavirus relief talks “does call into question his judgment, certainly, but whether he’s being impaired by these drugs” that the president is taking for coronavirus.

Host Wolf Blitzer asked Schiff about reports that House Speaker Nancy Pelosi (D-CA) suggested that the steroid Trump is taking might be impacting the president’s thinking and what he thinks about this prospect.

Schiff said, “Well, you know, in my view, Wolf, on the best of days, the president’s thinking isn’t too sound, so if there’s any impairment, it’s a real problem. To me, this harkens back to the president proudly boasting that he’s going to take responsibility for shutting down the government. Well, he’s now proudly taking responsibility for denying the American people help in their time of crisis. Basically, today, Donald Trump told the country, if you’re a small businessperson and you’re going under, too bad for you, I’m not going to bother with it until after the election. If you’ve lost your job and you’re on unemployment compensation, your benefits have run out, that’s too bad. That doesn’t affect me. I don’t care. I’ll deal with that later. You know, this is so irresponsible, when millions are suffering. And, of course, politically, it makes no sense for him to do either.

So, it does call into question his judgment, certainly, but whether he’s being impaired by these drugs.”

With the election only four weeks away, Democrats and their winged monkeys in the media are going to throw everything at President Trump in the hope that something sticks but the lies and conspiracy theories are having a diminishing return.

Shiff’s suggestion is despicable but that’s just the way that he rolls.