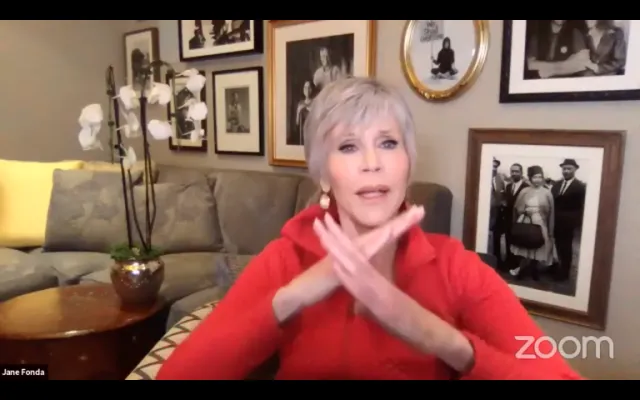 Jane Fonda, a Biden campaign surrogate known for fraternizing with enemy soldiers during the Vietnam War, called the coronavirus “God’s gift to the Left.”

“I just think that COVID is God’s gift to the Left,” Fonda said. “That’s a terrible thing to say. I think it was a very difficult thing to send down to us, but it has ripped the band-aid off who [Trump] is and what he stands for and what is being done to average people and working people in this country.”

She described the coronavirus pandemic as an “existential crossroads” for humanity to address issues like climate change.

“What a great gift, what a tremendous opportunity, we are so lucky, we have to use it with every ounce of intelligence and courage and wherewithal we have,” she added.

Fonda appeared alongside vice presidential candidate Kamala Harris and the Biden campaign in a virtual event in September. Harris promoted the event by saying that veterans “sacrifice so much for our nation and deserve our respect and gratitude, both while on active duty and after.”

Fonda famously posed with enemy troops for a photo on an antiaircraft gun in 1972, earning her the nickname “Hanoi Jane” from angered Vietnam veterans.

How the left really feels about Covid. Hear from @Janefonda that “Covid is gods gift to the left.”@FBillMcMorris pic.twitter.com/dGnlmblrzX