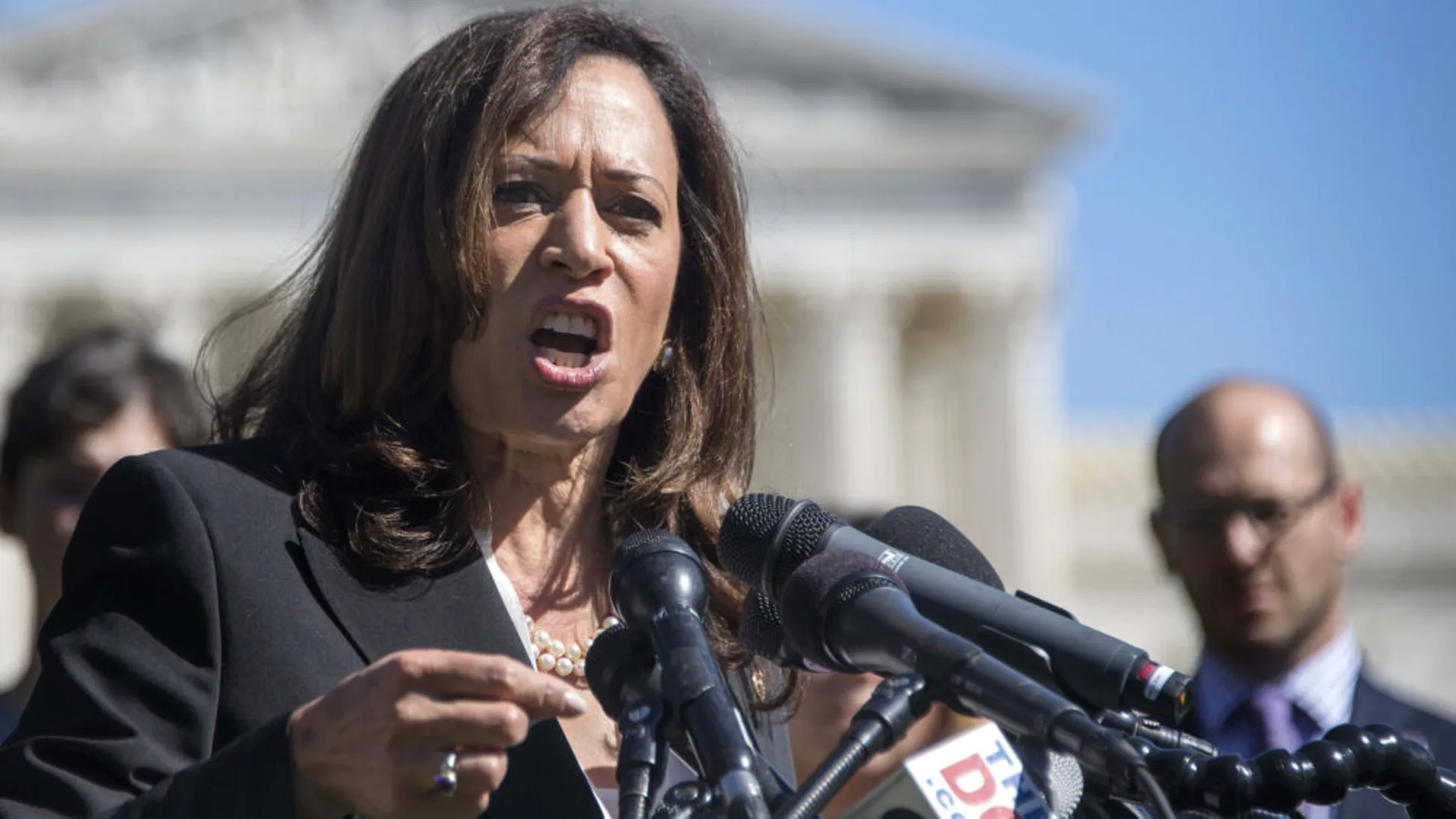 “Senator Harris told me in an interview, actually, that she was absolutely open to doing that,” Burns said.

The New York Times' Alexander Burns: “Sen. Harris told me in an interview actually that she was absolutely open” to packing the Supreme Courthttps://t.co/Ib4vTLvf7M pic.twitter.com/zJHklFu54k

A separate video from the interview showed Harris telling The New York Times in the interview that she was “open to that discussion” of packing the Supreme Court.

And of course there's video

The remarks from Burns come after Democratic presidential nominee Joe Biden told reporters yesterday: “You’ll know my opinion on court packing when the election is over.”

“You know, the moment I answer that question, the headline in every one of your papers will be about that, other than focusing on what’s happening now,” Biden continued. “The election has begun. There’s never been a court appointment once an election has begun.”

Later in the day, Harris also refused to answer the question, saying: “The voters need to first decide who’s the next President of the United States. Period.”

Sen. Kamala Harris refuses to answer on packing the Supreme Court: “the voters need to first decide who’s the next President of the United States”https://t.co/etZFh6VolM pic.twitter.com/kmeLZfgLWr

Harris dodged Vice President Mike Pence’s questions about her position regarding court packing during this week’s vice presidential debate, and tried instead to put the onus on the Trump administration.

“Let’s talk about packing the court then,” Harris said. “So, the Trump-Pence administration has been – because I sit on the Senate Judiciary Committee, Susan, as you mentioned, and I’ve witnessed the appointments, for lifetime appointments to the federal courts, district courts, Courts of Appeal – people who are purely ideological people who have been reviewed by legal professional organizations and found to be not competent, are substandard. And do you know that of the 50 people who President Trump appointed to the Court of Appeals for lifetime appointments, not one is Black? This is what they’ve been doing. You want to talk about packing a court? Let’s have that discussion.”

A new poll released this week found that voters do not support court packing even when presented with the idea in response to the Republicans confirming Judge Amy Coney Barrett to the nation’s highest court.

“Only 1 in 3 registered voters favor a Democratic proposal to expand the Supreme Court in order to install a liberal majority, according to a new poll,” The Washington Examiner reported. “A Washington Examiner/YouGov poll found that 47% oppose growing the Supreme Court beyond its current nine members, while only 34% back the idea, popularly known as ‘court-packing.’”