Biden Makes False Claims: Republicans Are The Ones ‘Packing The Court Now,’ ‘Not Constitutional What They’re Doing’ 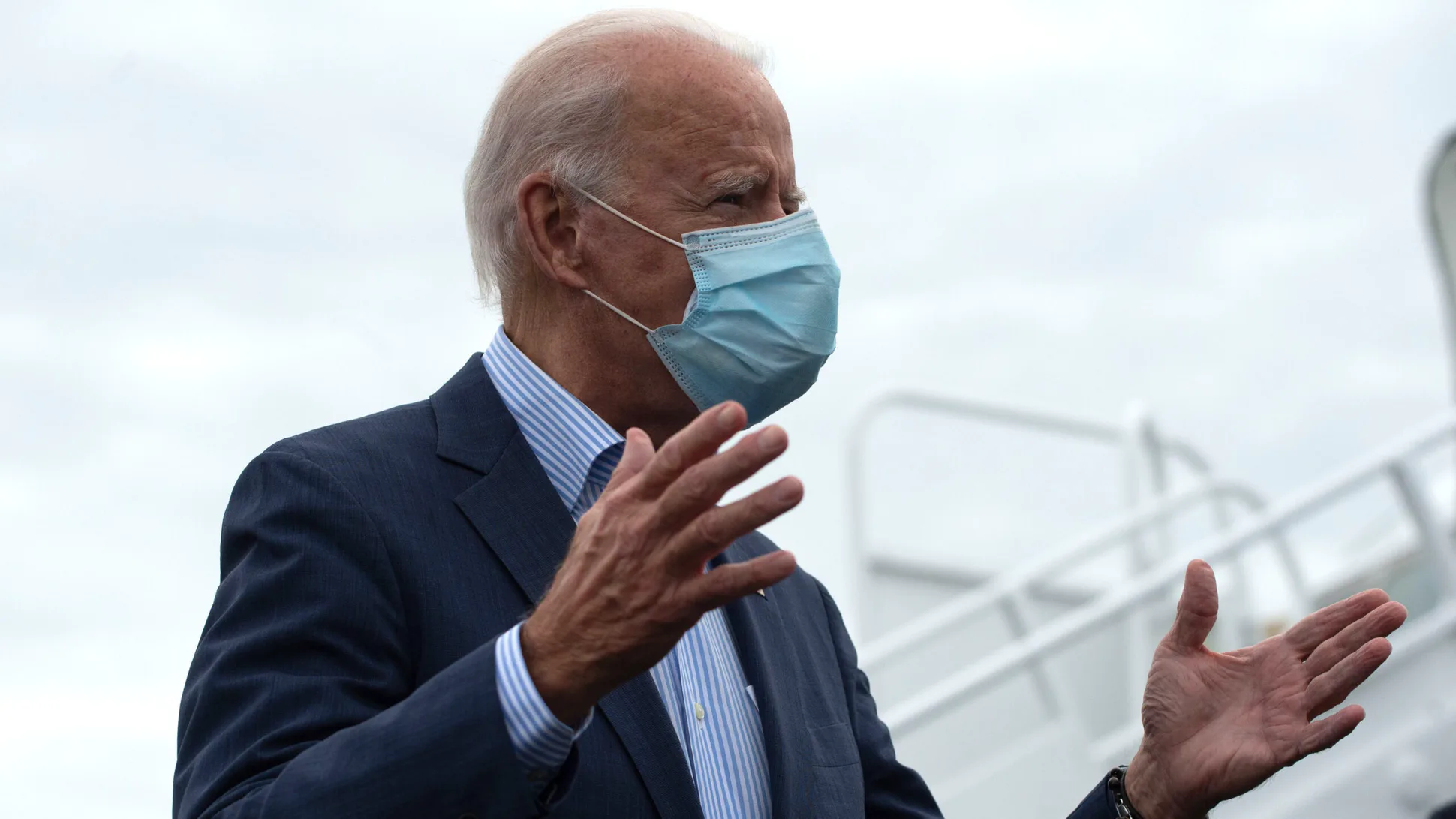 Democrat presidential nominee Joe Biden made false claims on Saturday while speaking to reporters before he boarded his campaign plane, saying that Republicans are the ones engaged in court-packing and claiming that what the Republicans are doing is not constitutional.

Biden made the remarks while standing right next to the plane while it was running, making it very difficult to hear his responses.

A reporter asked Biden about his controversial stance of not telling voters before the election whether he supports court-packing. The reporter’s question comes after Biden said late last night that voters don’t deserve an answer from him on the issue.

“…court-packing before they cast their vote,” a reporter shouted at Biden. “Why wait until after the election?”

“The only court packing that’s going on right now is going on with the Republicans packing the court now. It’s not constitutional what they’re doing [inaudible] focus on what’s happening right now. [Coughs] The fact that is that the only packing going is this court [inaudible] by the Republicans after the vote has already begun. I’m gonna stay focused on it [so we] don’t take your eyes off the ball here.”

What Biden said is false. Republicans control the Senate and the White House and they are well within their constitutional right to move to fill the seats. Nothing that they are doing is unconstitutional and filling vacant seats is not the same thing as packing the courts. Packing the courts means adding additional seats to the court so that the balance of power on the court is altered.

Biden is again asked why voters don’t deserve to know his views on court packing. He responds: “The only court packing going on right now is going on with Republicans packing the court right now ... I’m going to stay focused on it so we don’t take our eyes off the ball here." pic.twitter.com/E9H5rIXMX2

“The idea of court packing was first introduced by President Franklin D. Roosevelt. He proposed a bill in 1937 to add one justice to the Supreme Court for each justice over the age of 70. The maximum would be six additional justices. The Federal Judicial Center says the move was widely criticized and never enacted,” 10 WBNS reported. “Packing the court now by adding four liberal-minded justices would move it to a 7-6 split that could be more likely to favor Democrats. The catch is that the next time a Republican president and Congress take over, they could decide to add more justices and do the same thing.”