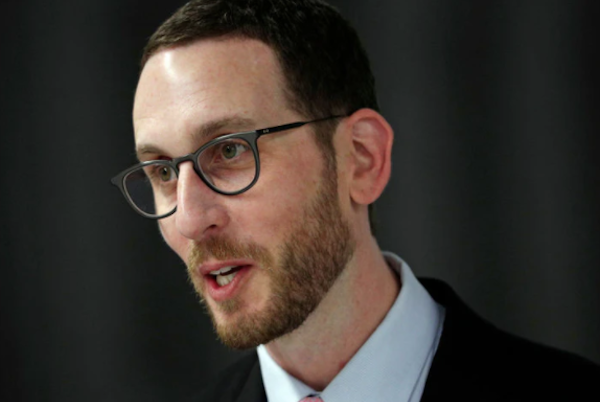 Weiner’s ‘brilliant’ idea came in response to the rapid surge in overdoses in San Francisco. So his ‘genius’ idea to combatting these overdoses is to encourage them by bringing them into a ‘safe’ environment.

“Drug overdoses are way up. We must take new approaches to addiction,” Wiener tweeted on October 8th. “Today at noon at Boeddeker Park in the Tenderloin, I’ll be joined by @LondonBreed, @LibbySchaaf & advocates to announce our plans for state legislation to legalize safe injection sites for SF, Oakland, etc.”

“Wiener has long been an advocate for the sites, which allow drug users to safely consume in the presence of medical professionals who are equipped with the medication naloxone to prevent overdoses,” KPIX reported.

Check out what the Daily Wire reported:

Wiener has been trying to get safe injection sites implemented since 2018, though his two previous attempts were vetoed.

Overdose deaths in San Francisco increased by 70% in 2019, according to Colfax, who said, “All signs point to this trend continuing in 2020.” The primary culprit in the rise of overdoses is fentanyl, according to the city’s Department of Public Health.

“We are in an emergency in San Francisco,” Colfax added.

Breed referred to her sister who overdosed, saying, “When you have people who you know and love who struggle with addiction, the thing that you want most for them is you want a better life for them, you want them to be able to get help, you want to make sure that that addiction doesn’t take their life. And that’s happened to me.”

This isn’t the first time that Weiner has been behind a new radical proposal. Back in January of 2019, Weiner introduced a bill that would lessen the penalty for adults who have sex with children.

“This bill is about treating everyone equally under the law,” he said. “Discrimination against LGBT people is simply not the California way. These laws were put in place during a more conservative and anti-LGBT time in California’s history. They have ruined people’s lives and made it harder for them to get jobs, secure housing, and live productive lives. It is time we update these laws and treat everyone equally.”

Check out what Breitbart reported:

Currently in California, judges may decide whether adults who have “penile-vaginal intercourse” with minors close to their age must register as a sex offender.

Wiener said the current law targets LGBT individuals because they do not engage in penile-vaginal intercourse.

“This is such horrific homophobia,” Wiener said, according to the San Francisco Chronicle. “It’s irrational, and it ruins people’s lives.”