NYC Issues Over $150,000 In Fines During First Weekend Of New Lockdown 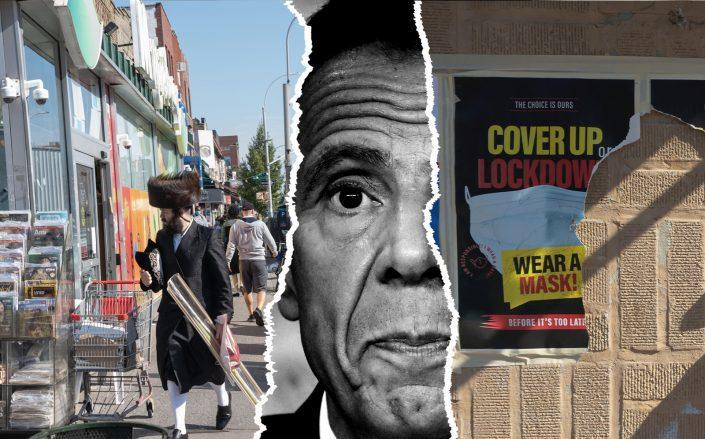 New York City slapped over 62 people, businesses and houses of worship with over $150,000 in fines during the first weekend of newly imposed COVID-19 restrictions against gatherings, as well as a mask mandate and social distancing requirements, according to the city’s Twitter account.

From Friday to now, over $150,000 in fines from 62 summonses were handed out by City agents in the Red, Orange and Yellow zones, including 5 to non-compliant religious congregations.

Those summoned by the New York City sheriff include at least five houses of worship in the city’s so-called “red zones” where COVID-19 infection rates are the highest. The institutions could face up to $15,000 in fines, according to Sheriff Joseph Fucito (via the NYT).

The Sheriff’s office also broke up an illegal rave in Cunningham Park in Queens, where over 110 people had gathered to party. Officials cited and charged the event’s organizers with health code violations.

On Sunday evening, talk radio host Heshy Tischler - an Orthodox Jewish man who led a protest against the restrictions, was arrested by the NYPD warrants squad. He is expected to be charged with inciting a riot and unlawful imprisonment over an assault on a Jewish journalist during a protest last week.

According to the executive order issued by Governor Andrew Cuomo, houses of worship located in red zones are limited to 25% capacity, or a maximum of 10 people. In the city’s “orange zones,” it’s limited to 33 percent capacity, while “yellow zones” are at 50 percent.

“I understand the desire to hold large religious ceremonies. I understand how important it is to their culture and to their religion,” said Cuomo during a Sunday phone call with reporters. “I also understand that it, as a matter of fact, jeopardizes human life,” he added.

Cuomo urged Jewish leaders to encourage congregants to stay home after reports came in that many synagogues had defied the state’s order and held services anyway. His order, from Tuesday of last week, was issued during the Jewish holiday of Sukkot and right before Simhat Torah - which caused a massive backlash among the city’s Orthodox Jewish community, resulting in a lawsuit filed in federal court challenging the constitutionality of the new rules.

Hundreds of demonstrators took to the streets in Brooklyn’s Borough Park neighborhood, where the mostly Orthodox male gathering burned masks in the street.

NEW YORK: Orthodox Jews burn a pile of masks in protest against the continued lockdowns in the city

On Friday, however, a federal court ruled that Cuomo’s new mandates could proceed, citing a responsibility by officials to keep “all New Yorkers” safe.

“How can we ignore the compelling state interest in protecting the health and life of all New Yorkers?” said Brooklyn Federal District Court Judge Kiyo Matsumoto.

Meanwhile, the Catholic Diocese of Brooklyn filed a separate lawsuit challenging the restrictions which they claim will force several churches in the borough to close. The judge in that case similarly shut down their objection and allowed the governor’s order to proceed.