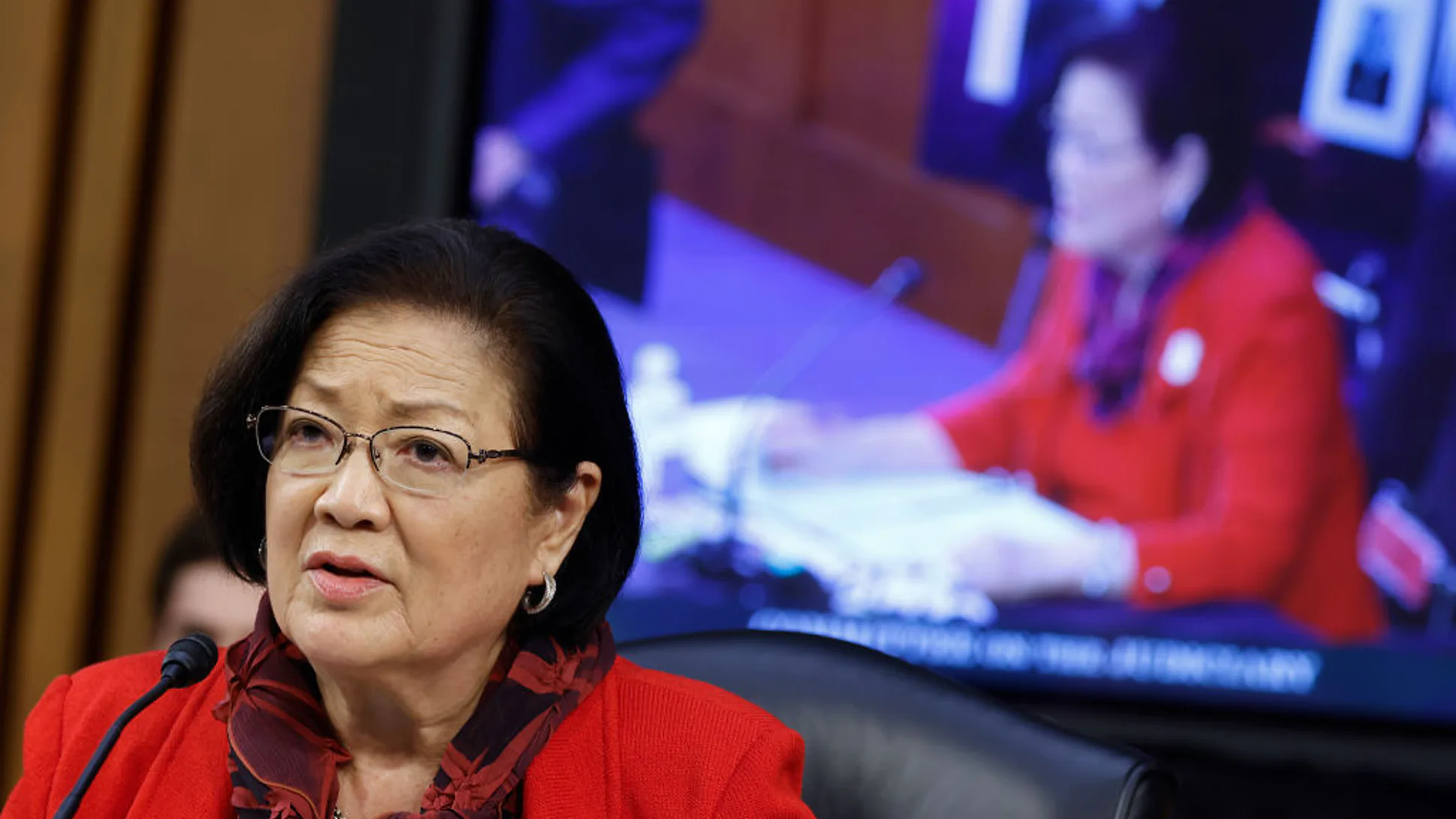 Hirono, who turned up to the hearing sporting a face mask with photos of the late Justice Ruth Bader Ginsburg, was one of the final senators to question Barrett on Tuesday, the second day of Barrett’s Senate confirmation hearings. After delivering remarks on “ensure[ing] the fitness of nominees, Hirono questioned whether Barrett had ever been accused of sexual impropriety or entered into an agreement to related to inappropriate sexual conduct.

“Citing a statement from Chief Justice John Roberts in 2017 in which he acknowledged that the judiciary ‘is not immune’ from the problem of sexual misconduct, Hirono said it is her duty ‘to ensure the fitness of nominees’ for positions that have lifetime appointments,” Fox News reported late Tuesday.

“Since you became a legal adult, have you ever made unwanted requests for sexual favors, or committed any physical or verbal harassment or assault of a sexual nature?” Hirono asked Barrett.

Hirono then asked Barret, “Have you ever faced discipline or entered into a settlement related to this kind of conduct?”

The question raised eyebrows, particularly considering that, in the midst of Kavanaugh’s confirmation process, Senator Dianne Feinstein announced that she’d received a letter from an anonymous constituent detailing Dr. Christine Blasey Ford’s claim that Kavanaugh had sexually assaulted her during a beach party when the pair were in high school. Ford eventually went public with her allegations in an interview with the Washington Post.

Kavanaugh denied Ford’s allegations, which had no independent verification, and, in a special session of the Senate Judiciary Committee, related his side of the story under oath, and refuted several other, less substantiated, allegations. He was eventually confirmed to the Supreme Court by a party-line vote.

The initial letter to Feinstein was a surprise to Kavanaugh’s team and Hirono’s line of questioning left some commentators concerned that Hirono plans a similar sneak attack on Barrett.

‘Hirono noted that she asks those two questions of all nominees who come before committees on which she sits,” Fox News said.

Hirono eventually went back to an extended diatribe on the subject of abortion legislation and Barrett’s use of the term “sexual preference” to refer to Supreme Court decisions concerning same-sex marriage and employment discrimination, letting the sexual assault question hang in the air.

Earlier in the day, Barrett said she expected a high level of scrutiny once her nomination to the Supreme Court was made official.

“I don’t think it’s any secret to any of you or to the American people that this is a really difficult, some might say excruciating, process,” Barrett said in a morning interaction with Senate Judiciary Chairman Lindsey Graham (R-SC). “And Jesse and I had a very brief amount of time to make a decision with momentous consequences for our family. We knew that our lives would be combed over for any negative detail, we knew that our face would be a caricature and we knew our family would be attacked.”