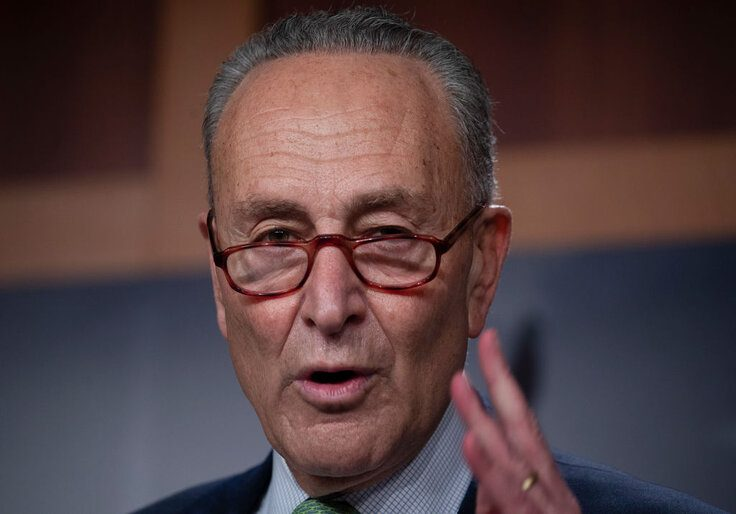 In the face of Judge Amy Coney Barrett’s seemingly inevitable confirmation to the Supreme Court, leading Democrats are offering a novel definition of “court packing” as many party faithful push for adding justices to the Court.

This new Democratic rhetoric charges that Republicans have effectively been packing the courts for years through procedural gamesmanship. Adding new judgeships would return a nonpartisan balance to the judiciary, the Democrats say.

A once-fringe group of activists and intellectuals began agitating for major judicial reforms after Justice Brett Kavanaugh’s confirmation, making these precise arguments. A June memo that environmental and civil rights groups circulated to Democrats and progressive allies summarized those views.

Senate Republicans also held open dozens of vacancies on the lower federal courts after assuming control of the chamber in 2014, he said. Some of those vacancies were on the Fifth U.S. Circuit Court of Appeals, the federal court that struck down a portion of the Affordable Care Act in January.

“The Fifth Circuit, the very circuit that decided to get rid of the ACA, they held back … all these [vacancies] when Obama was there, and then they appointed right-wingers,” Schumer said. “This idea that Democrats are packing the Court—[Republicans] have already done it.”

The only Trump appointee on the three-judge panel Schumer referenced, Judge Kurt Engelhardt, was confirmed with bipartisan support. Judge Jennifer Elrod, who authored the opinion in question, is a George W. Bush appointee. The Senate confirmed her by voice vote in 2007.

Other lawmakers, such as Sen. Elizabeth Warren (D., Mass.), argue that reforming the High Court by adding seats or term limits would actually depoliticize the institution.

Montana Gov. Steve Bullock (D.), who is running for Senate, leaned on that argument in a Saturday debate with GOP Sen. Steve Daines.

“We need to figure out the ways to actually get the politics out of the Court,” he said. “That’s anything from a judicial standards commission, or we’ll look at any other thing that might be suggested, including adding justices.”

Kavanaugh’s confirmation seeded the court-packing discourse. Harvard Law School professors Laurence Tribe and Mark Tushnet lent gravitas to the effort, joining the board of a pro-expansion group called Take Back the Court.

Popular neoliberal podcast Pod Save America broached the debate over a full episode in October without reaching a definite conclusion.

Left-wing groups coalesced behind a Court-expansion proposal in June, rehearsing the arguments Senate Democrats have since adopted wholesale.

“Republicans completed their takeover of the Supreme Court with an unprecedented power grab, manipulating the size of the Court by refusing to consider President Obama’s nominee for an open seat and indicating that they would leave the seat open if Hillary Clinton won the 2016 election, then promptly changing Senate rules to fill the seat with a bare majority,” the groups’ memo reads.

Before 2018, most of the public associated court packing with Pres. Franklin Roosevelt’s 1937 proposal to add up to six seats to the Supreme Court. Democratic presidential nominee Joe Biden, who has repeatedly declined to say whether he supports adding seats to the Court, made the connection explicit in remarks during a 1983 committee hearing.

“President Roosevelt clearly had the right to send to the United States Senate and Congress a proposal to pack the Court,” Biden said. “It was totally within his right to do that. He violated no law. He was legalistically absolutely correct. But it was a bonehead idea. It was a terrible, terrible mistake to make.”