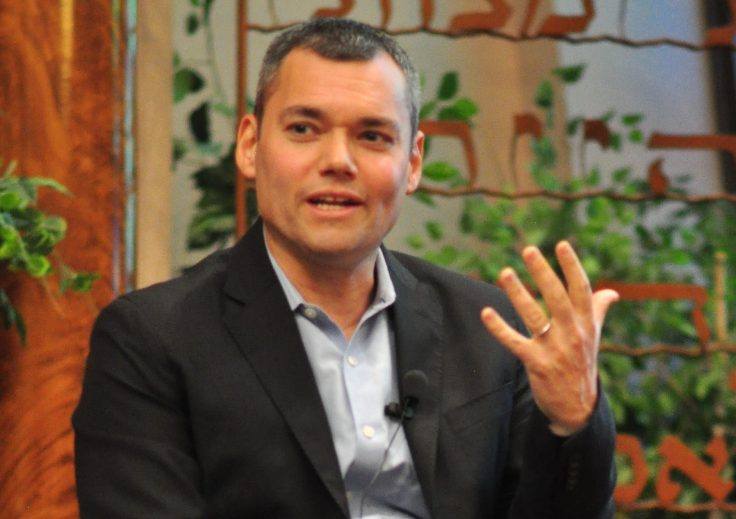 Peter Beinart, a longtime Atlantic writer whom the New York Times recently hired as an opinion contributor, received over six figures from a leading anti-Israel foundation that has funded groups active in the Boycott, Divestment, and Sanctions (BDS) movement.

The Foundation for Middle East Peace (FMEP), a U.S.-based nonprofit that provides grant money to a host of leading anti-Israel organizations, hired Beinart as a consultant in 2016. The foundation paid him more than $140,000 through at least 2018, according to its financial disclosure forms. His compensation is significantly higher than that of any other FMEP employee at the time, other than the group’s executive director.

The New York Times hired Beinart as a contributing opinion writer this week. His columns criticizing Israel, including a recent article arguing against Israel’s right to exist, have made him a leading figure in left-leaning foreign policy circles. Beinart’s FMEP work provides a window into his relationship with some of the leading purveyors of the BDS movement, which seeks to wage economic warfare on Israel.

Beinart began working with the group in 2016, according to its financial disclosure forms. He was paid $66,667 that year. The group’s 2017 and 2018 tax forms show Beinart received $33,333 and $110,000, respectively. The forms list Beinart as the only outside consultant receiving more than $50,000 a year. The group’s website lists him as a nonresident fellow.

“I’m proud to have been a non-resident fellow of the Foundation for Middle East Peace since 2017,” Beinart told the Washington Free Beacon in an email. “I’m also proud of the podcasts and other events I’ve done with them, which aim to amplify voices in Israel-Palestine that are too often ignored.”

In 2018, FMEP made grants to several groups prominent in the BDS movement, including Palestine Legal, If Not Now, Churches for Middle East Peace, and Breaking the Silence, according to a list of grant recipients on its website. The group also made a grant to Defense for Children International-Palestine, which reportedly has ties to the Popular Front for the Liberation of Palestine, a U.S.- and European Union-designated terrorist group.

“FMEP has stood with courageous non-profit organizations working to end Israel’s occupation of the West Bank, Gaza Strip, and East Jerusalem and striving for a just and lasting solution to the Israeli-Palestinian conflict,” states the group’s website.

Matthew Duss, now a top adviser to Sen. Bernie Sanders (I., Vt.), helmed FMEP when the group hired Beinart. Current president Lara Friedman is a veteran of the anti-Israel advocacy scene, formerly serving as director of policy and government relations at Americans for Peace Now, a far-left Middle East group.

FMEP has charged Israel with alleged war crimes and accused the Jewish state of illegally occupying Palestinian lands. It runs “The Stealth Campaign to Support Settlements [and] Gag Free Speech,” a project that tracks U.S. state and federal efforts to counter the BDS movement. It has also called for the International Criminal Court to prosecute Israel for alleged war crimes.

Recent FMEP events have featured groups biased against Israel, such as Human Rights Watch. An April FMEP event discussing “COVID-19 and the Settlements” featured speakers who accused Israel of using the global pandemic to crack down on Palestinians living in disputed territories, according to NGO Monitor, a watchdog.