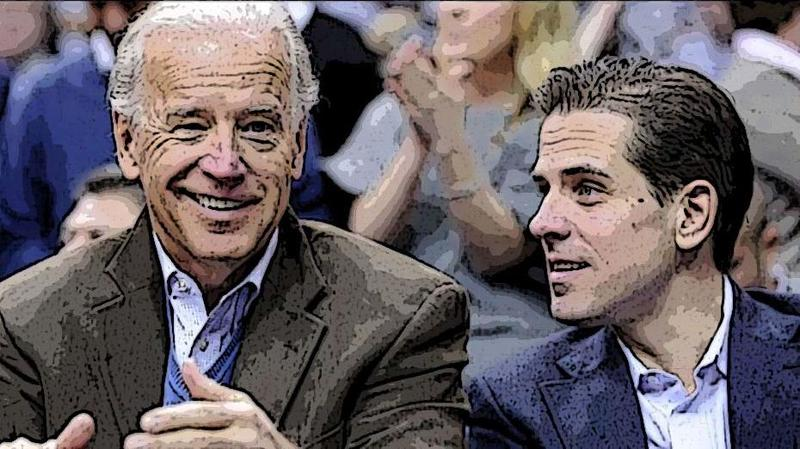 After footage emerged of Joe Biden bragging about withholding $1 billion in US loan guarantees unless the country’s chief prosecutor Victor Shokin was fired, the MSM scrambled to cover for the former Vice President - ‘debunking’ claims that Biden’s quid-pro-quo had anything to do with the fact that Shokin was investigating Burisma, a Ukrainian energy company which hired Hunter Biden to sit on its board.

Except that Shokin’s successor, Yiuri Lutsenko, said in a January 2019 deposition that Shokin is ‘honest,’ while Shokin says that Burisma founder Nikolay Zlochevsky hired Hunter Biden and his associate Devon Archer ‘to protect himself,’ according to the depositions which were released by the US State Department.

Now, a new email has emerged from Burisma executive Vadym Pozharskyi to Hunter Biden and Devon Archer laying out a series of “deliverables” he sought for the company, according to Fox News anchor Tucker Carlson. 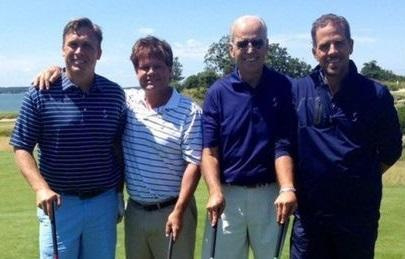 In the Nov. 2, 2015 email, which has not been independently verified (though the Biden camp did not dispute their authenticity), Pozharskyi told Biden and Archer that he wanted “high-ranking U.S. officials to express their ‘positive opinion of Burisma.’”

“The scope of work should also include organization of a visit of a number of widely recognized and influential current and/or former US policy-makers to Ukraine in November,” wrote Pozharskyi, adding that the goal was to “bring positive signal/message and support on Nikolay’s issue to the Ukrainian top officials above with the ultimate purpose to close down for any cases/pursuits against Nikolay in Ukraine.”

"That’s how things really work in Washington. Your son has a lucrative consulting deal with a Ukrainian energy company, you tailor American foreign policy to help make him rich." pic.twitter.com/EhHvi4GvXe

More via the Daily Caller:

Pozharskyi was critiquing a consulting proposal from Blue Star Strategies, a Democratic public relations firm that eventually worked for Burisma.

Hunter Biden served on the board of directors of the Truman National Security Project with Blue Star Strategies co-owner Sally Painter.

The documents are purportedly from Hunter Biden’s computer.

Meanwhile, in a Friday interview with Fox & Friends, Trump attorney Rudy Giuliani - whose hands the Biden emails fell into after a Delaware computer shop owner said a man he believes to be Hunter Biden dropped off the laptop for repair in April, 2019 but never picked it up - teased much more to come.

They have Biden. He’s done. pic.twitter.com/mmqBqgnMTt

In addition to devastating emails which reveal Hunter offering to introduce his father to a Burisma adviser, and that he made millions of dollars to make ‘introductions’ in China, the laptop contains several pictures of Biden smoking crack, as well as a purported sex tape. According to OANN’s Chanel Rion, there are ‘underage obsessions’ which ‘makes Anthony Weiner’s down under selfie addiction look normal.’

Just saw for myself a behind the scenes look at the #HunterBiden hard drive:

Druggie Hunter makes Anthony Weiner's down under selfie addiction look normal.#BidenCrimeFamily has a lot of apologizing to do.

So does Big Tech. @OANN

If just a quarter of what Rudy Giuliani alleges is true, the evidence contained on the laptop is, finally, the true smoking gun. This isn’t some salacious accusations bundled by a hired spy relying on Russian disinformation and gossip. It’s Hunter’s own laptop. That fact alone could be an enormous blow to the Biden campaign.

Giuliani released bombshell after bombshell in a video released Wednesday evening after the media did their best to censor the N.Y. Post article — making the social media censorship even more damning to those who tried to hide it from the public. Since receiving the copy of the hard drive, Giuliani has been poring through it, carefully documenting and preparing his prosecution. What he says he found is the actual evidence of payments, the money-laundering scheme they used, “illegal money for bribes,” and how “some of that money from Ukraine … went to Joe Biden.”

Like a prosecutor laying out the case, Giuliani leads off the video with this: “In future days, you will see texts, emails, and photos that demonstrate crimes committed by the Biden crime family — in China (probably most of all), Russia, and several other countries.”

The use of “the Biden crime family” is no mere hyperbole. Before Rudy Giuliani was “America’s Mayor,” he was one of America’s top prosecutors, which included bringing down mafia crime families. And he has evidence — from Hunter — that implicates not only Hunter and Joe Biden, but also James (Joe’s brother) and Sara (James’s wife). One set of payments from China went to a triad of Bidens: James, Hunter, and Sara. Don’t worry, Giuliani says — you’re going to see it in the texts, not making it up.

The fact he was one of America’s top prosecutors makes the ending of the video even more damning: “I’ve been in this business a long time. This is the biggest cover-up I have ever seen. And it is the biggest government scandal, I’ve ever heard of.”

Getting back to the beginning, Giuliani continued his introduction, saying, “China has all of the photos that we have — which means [Hunter] is, really, a massive national security threat to the United States. Since his father lies — about all of this — it’s an easy area of extortion.”

Believe it or not, it gets worse from there for Joe Biden.

Laying out the case further, Giuliani points right at the defendant, accusing Joe of “certainly [committing] a crime. Because some of that money from Ukraine, illegal money for bribes, went to Joe Biden.”

Remember: these are all accusations after Giuliani has read through the emails, the texts, and the contents of the hard drive. Unlike the Facebook/Twitter “fact-checker” minions, Giuliani has seen the evidence.

In one of the more damning statements, he says, “China has so many different transactions, it’s going to take a couple of days, if not a week, for us to sort all through them. But we have them. … And, basically, this is money that goes to Hunter Biden, James Biden, Sara Biden…and the Biden family.”

He also has evidence of how the money flowed — thanks to a text from Hunter Biden to his daughter, Naomi, that was found on the hard drive. Giuliani says the text was discussing money, “but in it, [Hunter] makes a very big mistake. He explains the distribution scheme that the Biden crime family has used for years.”

The text reads, “I love you all, but I don’t receive any respect. And that’s fine, I guess. Works for you apparently. I hope you all can do what I did and pay for everything for this entire family for 30 years.”

Giuliani interrupts his reading of the text to wonder why Hunter was paying for everything for the family. Because, Giuliani speculates, Hunter was getting the money, and they were keeping it, from Joe, so he wouldn’t have to report it. But he paid, for example, for his half-sister’s entire college education.

Giuliani then returns to the text for the coup de grâce: “It’s really hard. But don’t worry unlike Pop, I won’t make you give me half your salary.”

“Pop” is Hunter’s name for his dad, Joe Biden.

All of this is really just Rudy’s opening statement. If the evidence about to be rolled out is even remotely on par with his opening statement, it will be beyond explosive, given the source: Hunter’s own laptop.