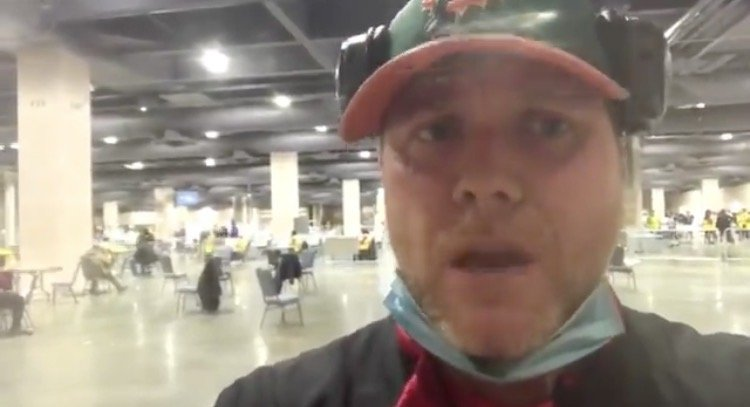 A registered Democrat and poll watcher at the Philadelphia Convention Center overseeing ballot counters detailed corruption at the highest levels in the city of Philadelphia.

“They will not allow us within 30 to 100 feet to supervise the ballots being counted,” poll watcher Brian Mchafferty said. “This is a coup against the President of the United States of America and I want to call out the Mayor of Philadelphia, James Kenny…the Attorney General Josh Shapiro who tweeted that there was no way that Donald Trump would win president of the United States of America….”

He continued, “I can’t believe what I’m seeing right before my eyes. This has nothing to do with Joe Biden or Donald Trump. This has to do with our democracy and I will tell you, there is corruption at the highest levels in the city of Philadelphia.”

President Trump’s personal lawyer Rudy Giuliani, who is in Philly fighting the corruption, is aware of this shocking video from a Philly poll watcher.

President Trump was ahead of Joe Biden in Pennsylvania on election night by nearly 700,000 votes but the crooked elections officials in Philadelphia keep finding hundreds of thousands of mail-in ballots for Joe Biden.

Republican observers were barred from entering the Philadelphia vote counting center even after receiving the appellate court order.

The Philadelphia Sheriff is not enforcing the appellate court order, according to Corey Lewandowski who is on the ground in Philly.

This is a banana republic.

Pam Bondi said the counting machines were moved far away from observers, defying the court order allowing GOP observers to be no more than 6 feet away from officials counting ballots.

Where is US Attorney General Bill Barr?