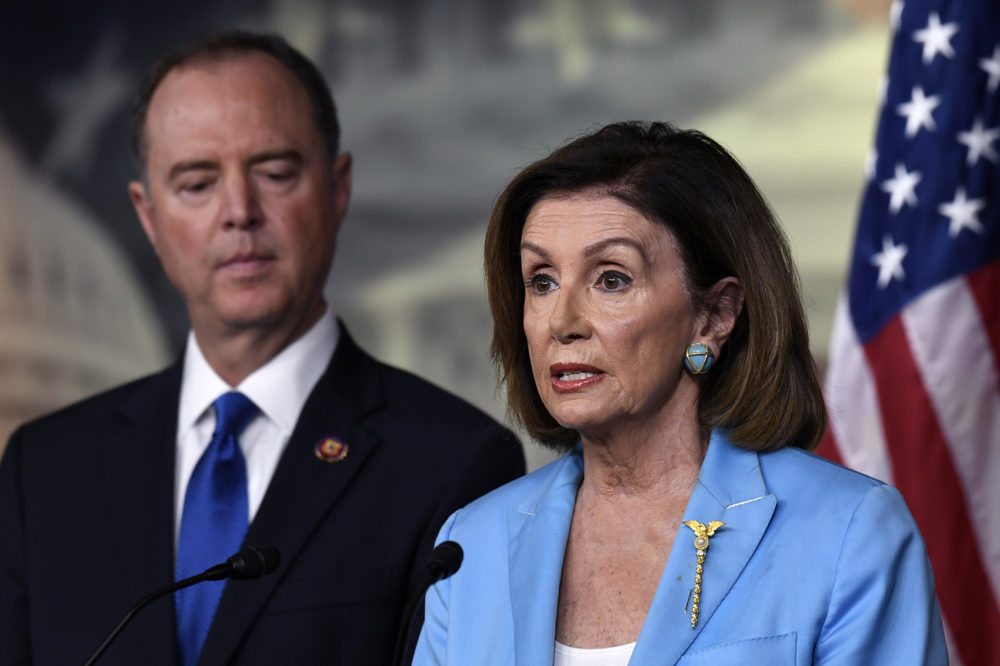 No matter what the final outcome is of the 2020 presidential election, House Democrats are already planning more witch hunts into President Donald Trump and anyone who worked for his administration.

According to the Washington Examiner, House Democrats on several committees have made it clear they are planning a wave of investigations into the Trump administration.

Several Democrats have sent a letter to more than 50 agencies warning that all documents and texts, even on private phones, must be preserved.

“This preservation request should be construed as an instruction to preserve all documents, communications, and other information, including electronic information and metadata, that is or may be potentially responsive to a congressional inquiry, request, investigation, or subpoena that was initiated, continued, or otherwise undertaken during the 116th Congress,” said the 173-page package sent out today.

For good measure, it included a jail threat.

“Any employee who conceals, destroys, or attempts to conceal or destroy a federal record may be subject to fine and imprisonment for up to three years,” said the letter to 53 agencies.

From The Washington Examiner:

It is already the law that documents be preserved.

White Houses store their documents, texts, and photos, typically in a presidential library.

But the memo is a signal that there are potentially many more investigations coming targeting the Trump administration by House Democrats, and possibly a reinvestigation of past inquires.

It also puts former administration employees and contractors on notice and requests deleted information to be recovered.

This is par for the course with Democrats.

Earlier this year, Democratic California Rep. Maxine Waters – who is suffering from Trump Derangement Syndrome on an extreme level – sent out several tweets against Attorney General William Barr and all of “Trump’s criminal friends.”

Waters tweeted Tuesday that she doesn’t just want the attorney general to resign, she wants him disbarred, humiliated and incarcerated because “They ALL belong in jail!”

It’s not enough for Barr to resign. I want him out of DOJ, disbarred, disgraced, & investigated for obstruction of justice. Barr sabotaged Mueller report, was in on Ukraine plot, & now he wants to free Trump’s criminal friends. In my estimation, they ALL belong in jail!

She added in the series of tweets:

“Trump using AG Barr to get his criminal friends out of jail is the tip of the iceberg. I’ll say it again: Trump will pardon Flynn, Manafort, & Stone b/c the GOP cowards in the Sen bowed to his feet. Repubs now stand for crime, corruption, autocracy, & Russia! They are PATHETIC!”

“The opposition is growing & fed judges decided Trump & Barr’s interference in the Stone case warrants emergency meeting tomorrow to talk about the danger to our country. The judges know what Barr did is not ordinary. Stay tuned for meeting & whether the judges release an opinion!”

“More than 2000 former DOJ officials courageously organized letter explaining why Barr’s interference in Roger Stone’s sentencing is dangerous & a threat to our democracy. Trump doesn’t seem to care that it’s rumored he has mafia associations, but he sure acts like a mafia boss!”