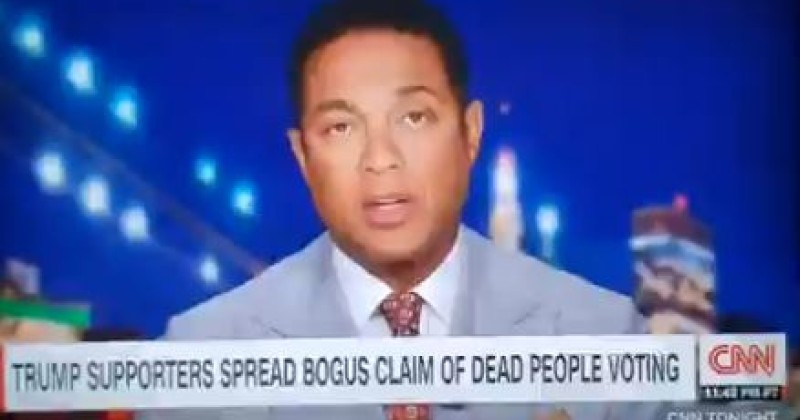 Twitter users are pointing to a clip from Don Lemon’s show last night in which they claim the CNN host mistakenly read a teleprompter cue to “scream” during a segment about Trump supporters alleging vote fraud.

“How about some facts, okay?” Lemon says during the monologue. “Trump supporters are circulating a list of social media, on social media, that purports to be a list of dead people in Michigan who are voting, right?”

“This is fraud people, scream,” says Lemon before stumbling slightly over his words and remarking, “Okay, that’s what it says, alright, so…”

Don Lemon of CNN had a true Ron Burgundy moment by reading the word "scream" on the teleprompter 🤣 Fake outrage much?? Lol pic.twitter.com/H23QVi45An

Some respondents accused Lemon of having a “Ron Burgundy” moment and exposing his total inauthenticity by reading the cue to scream in error.

“It seems Dandy Don had trouble reading and comprehending the propaganda sheet he was handed. You were supposed to scream the sentence you dolt, not say scream,” said one.

“Scream .. then the look on his face like oh I was suppose to scream,” added another.

A few other respondents claimed that Lemon had merely been reading a quote badly and in fact had not been prompted to scream himself.

However, the incident was evidence for some that many outbursts of emotion by news anchors, which have been plentiful during the Trump era, are completely staged and inauthentic.

Lemon had another moment back in April when he broke down crying over Chris Cuomo’s COVID-19 diagnosis, despite the fact that Cuomo recovered quickly and lied about breaking his own self-isolation.