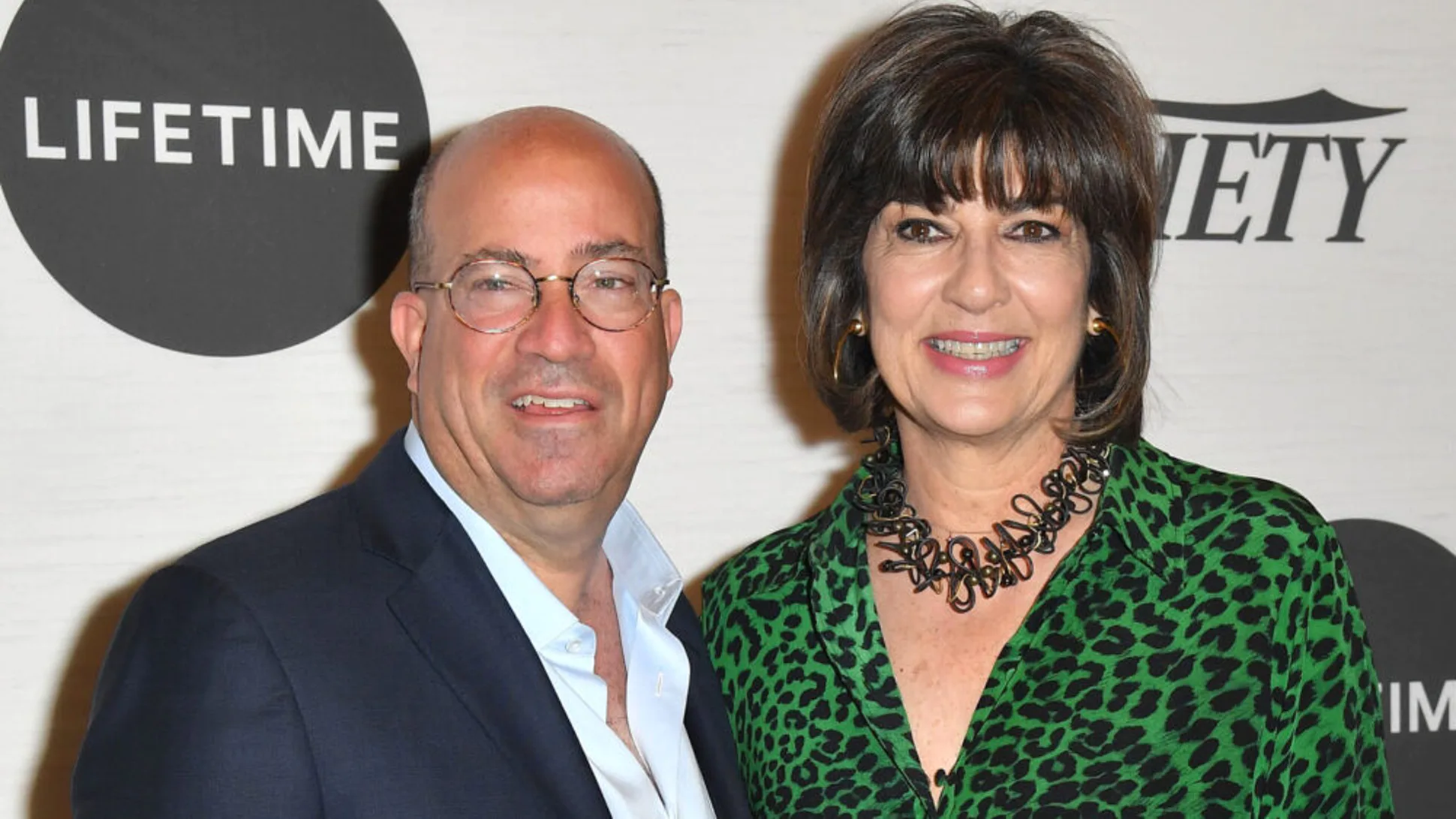 “Welcome to the program everyone, I’m Christiane Amanpour in London,” she began. “This week, 82 years ago, Kristallnacht happened.”

“It was the Nazis’ warning shot across the bow of our human civilization that led to genocide against a whole identity and in that tower of burning books, it led to an attack of fact, knowledge, history, and truth,” she continued. “After four years of a modern-day assault on those same values by Donald Trump, the Biden-Harris team pledges a return to norms, including the truth.”

“And everyday, Joe Biden makes presidential announcements about good governance and the health and security of the American people,” she continued. “While the great brooding figure of his defeated opponent rages, conducting purges of perceived enemies and preventing a transition.”

What the hell is this?

How does @camanpour still have a job?

Political strategist Arthur Schwartz tweeted out a video of the segment, writing: “Here we see CNN’s @camanpour pissing on the graves of the 6,000,000 Jews murdered by the Nazis. @CNNPR, you’re an absolute disgrace.”

Here we see CNN’s @camanpour pissing on the graves of the 6,000,000 Jews murdered by the Nazis. @CNNPR, you’re an absolute disgrace. pic.twitter.com/9ZXEdLTWTC

Trump 2020 Campaign Senior Advisor for Strategy Steve Cortes wrote on Twitter: “. @camanpour appallingly compares Trump’s tactics to the Nazi kristallnacht? So our President criticizing the media and litigating an election = genocide? Such an insult to the victims of the Nazis, and to the brave Americans who smashed that tyranny.”

So our President criticizing the media and litigating an election = genocide?

Such an insult to the victims of the Nazis, and to the brave Americans who smashed that tyranny.pic.twitter.com/11HVJPSdGN

These people are truly despicable. https://t.co/ACOzMlq07g

On November 9 to November 10, 1938, in an incident known as “Kristallnacht”, Nazis in Germany torched synagogues, vandalized Jewish homes, schools and businesses and killed close to 100 Jews. In the aftermath of Kristallnacht, also called the “Night of Broken Glass,” some 30,000 Jewish men were arrested and sent to Nazi concentration camps. German Jews had been subjected to repressive policies since 1933, when Nazi Party leader Adolf Hitler (1889-1945) became chancellor of Germany. However, prior to Kristallnacht, these Nazi policies had been primarily nonviolent. After Kristallnacht, conditions for German Jews grew increasingly worse. During World War II (1939-45), Hitler and the Nazis implemented their so-called “Final Solution” to the what they referred to as the “Jewish problem,” and carried out the systematic murder of some 6 million European Jews in what came to be known as the Holocaust.

In the fall of 1938, Herschel Grynszpan (1921-45), a 17-year-old ethnically Polish Jew who had been living in France for several years, learned that the Nazis had exiled his parents to Poland from Hanover, Germany, where Herschel had been born and his family had lived for years. As retaliation, on November 7, 1938, the agitated teenager shot Ernst vom Rath (1909-38), a German diplomat in Paris. Rath died two days later from his wounds, and Hitler attended his funeral. Joseph Goebbels (1897-1945), the Nazi minister for public enlightenment and propaganda, immediately seized on the assassination to rile Hitler’s supporters into an anti-Semitic frenzy.

Kristallnacht was the result of that rage. Starting in the late hours of November 9 and continuing into the next day, Nazi mobs torched or otherwise vandalized hundreds of synagogues throughout Germany and damaged, if not completely destroyed, thousands of Jewish homes, schools, businesses, hospitals and cemeteries. Nearly 100 Jews were murdered during the violence. Nazi officials ordered German police officers and firemen to do nothing as the riots raged and buildings burned, although firefighters were allowed to extinguish blazes that threatened Aryan-owned property.

In the immediate aftermath of Kristallnacht, the streets of Jewish communities were littered with broken glass from vandalized buildings, giving rise to the name Night of Broken Glass. The Nazis held the German-Jewish community responsible for the damage and imposed a collective fine of $400 million (in 1938 rates), according to the U.S. Holocaust Memorial Museum. Additionally, more than 30,000 Jewish men were arrested and sent to the Dachau, Buchenwald and Sachsenhausen concentration camps in Germany–camps that were specifically constructed to hold Jews, political prisoners and other perceived enemies of the Nazi state.