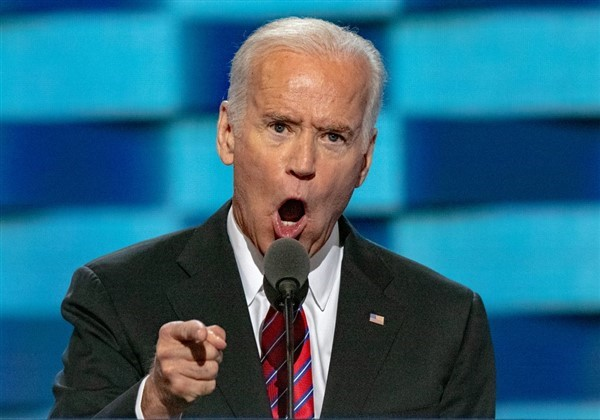 With the corrupt media doing their part to ratchet up the fear over the dreaded “second wave” of COVID, the preparations are being made for a national lockdown.

The first volley in the war on America’s freedoms has been launched with a push to force the nation to cancel traditional Thanksgiving Day family gatherings and petty tyrants in Democrat-controlled areas are already imposing a second round of lockdowns.

Depending on how the contested election is resolved, the entire country could soon be placed under a government-ordered house arrest if Joe Biden and his gangsters are installed into the White House.

It’s a slam dunk that a Biden regime will lock down America and the bullying blowhard himself is pressuring President Trump to take “urgent” action before inauguration day with the implication clearly being that the POTUS should put the country under a state of de facto house arrest for the holidays.

I am the president-elect, but will not be president until next year. COVID-19 does not respect dates on the calendar, it is accelerating right now. Urgent action is needed today, now, by the current administration.

Via The Hill, “Biden calls for ‘urgent action’ from Trump amid COVID-19 surge”:

President-elect Joe Biden on Friday called for the Trump administration to take immediate action to help stem the spread of the coronavirus, as daily case numbers and hospitalizations hit new highs.

Biden wrote on Twitter that he was “alarmed” by the surging number of COVID-19 infections, hospitalizations and deaths reported across the country.

“This crisis demands a robust and immediate federal response which has been woefully lacking,” he wrote.

Biden emphasized, however, that he will not enter office until January and “COVID-19 does not respect dates on the calendar, it is accelerating right now.”

“Urgent action is needed today, now, by the current administration,” he added.

As far as “urgent action” there is really nothing that Trump can do except to order an emotionally traumatized populace back into their houses and businesses shut down for Thanksgiving, Christmas, and beyond.

Trump continues to be the only obstacle standing between a free America and the stomping boots of the authoritarian Democrats and their Deep State and globalist partners.

In a Friday afternoon update on the vaccine and Operation Warp Speed, the leader of the free world emphasized that there will be no second lockdown on his watch.

As President Trump provided promising updates regarding a coronavirus vaccine, he vowed no new lockdowns under “this administration,” but added only “time will tell” who would be in charge come January.

He said in a news briefing that a coronavirus vaccine would be available to everyone by April, except possibly New York. “We won’t be delivering to New York until we have authorization to do so. It pains me to say that. Governor Cuomo will have to let me know when he’s ready for it.”

Cuomo announced in late September that New York would form its own task force to independently review the coronavirus vaccine once it was approved by the FDA.

“I will not go– this administration will not be going to a lockdown. Hopefully the, the uh, whatever happens in the future, who knows which administration it will be, I guess time will tell…” Trump continued, offering what some took as coming close to admitting he may not be able to pull off a second term. The president avoided mentioning his opponent Joe Biden by name.

Clearly, Biden and those who are behind him are growing increasingly frustrated that President Trump has not conceded after the media called the election for him but the POTUS doesn’t take orders from dictators.