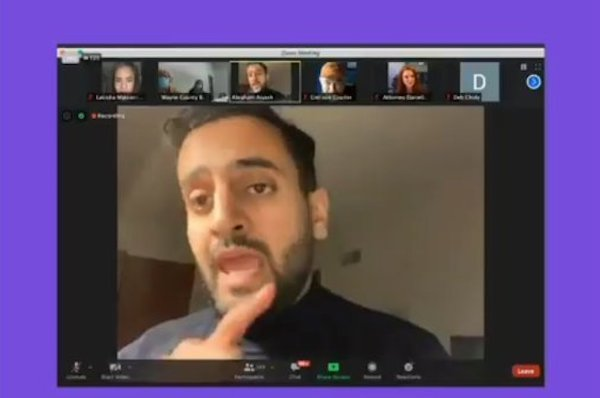 Michigan Democrat state Representative-Elect Abraham Aiyash is under fire after he appeared to threaten the children of Republican Wayne County Board of Canvasser’s member Monica Palmer after she voted against finalizing the results of the 2020 election.

Aiyash threatened Palmer, saying that her kids may get hurt from Black classmates because she voted against finalizing the results. He also named the children and shared which school they attended.

The comments from the radical leftist were made during an online meeting. The two Republicans on the Wayne County Board of Canvasser’s initially voted against certifying the results but changed their minds after they were threatened with violence from radical leftists.

One quick point. So, uh, I am, I was on the ballot. And I am the state Rep.-elect for House District 4 and we have been without a state representative since March 29th because my friend and state representative (Rep. Isaac Robinson (D) passed away from COVID-19. Now your refusal to certify the election today, despite me not having any challenger on the ballot for the partial term, despite having no one file to run as a write-in, will continue to deny the people of House District 4 of Hamtramck in Detroit, that is majority Black, to have a voice in the state legislature.

Now, Miss Palmer, you mention how you want to change votes, that the laws have to be changed by the state legislature. I can tell you this much, let me go to Lansing and we’ll get to work.

Now let me also be very clear about this: The party that you’re a part of had complete control over our state government for eight years and they did not do a single thing. So while you may show us your caucasity today in refusing to uh, certify the election and making note that you were okay with certifying all of Wayne County except Detroit.

Know that we see what’s happening. Know that there is nothing other than Jim Crowing that is going on right now and recognize the facts. The Republican party’s major candidate has sued over twenty-five times across the country and he failed.

And what that tells us is you Miss Monica Palmer from Grosse Pointe Woods, which has a history of racism, uh, deciding to enable and continue to perpetuate the racist history of this country. And I want you to think about what that means to your kids–who probably go to Grosse Pointe North–and when they see all their Black classmates…