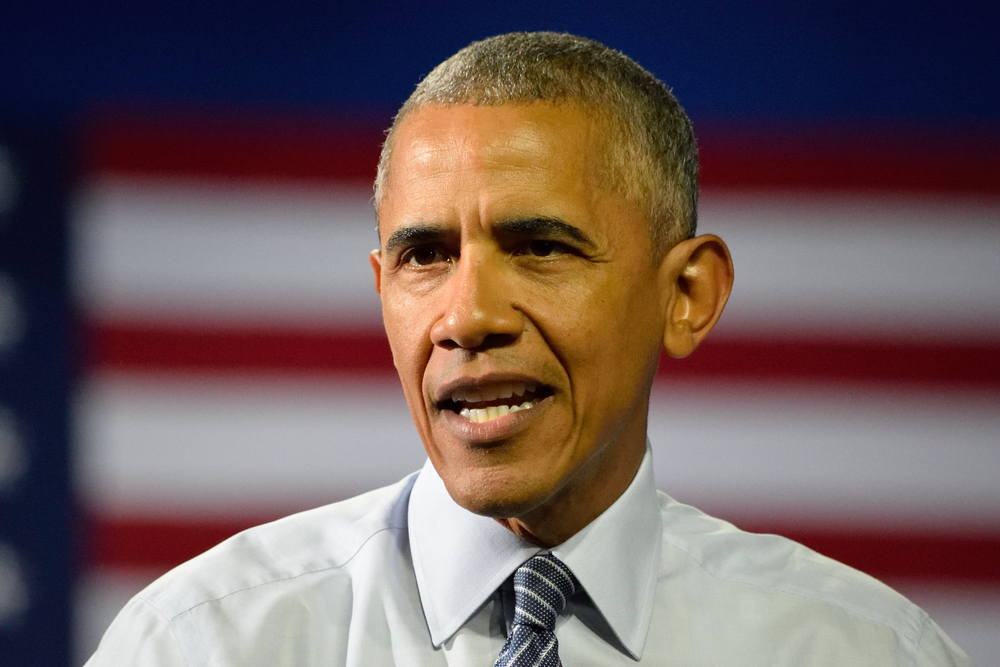 If the Democrats are successful in shoehorning Joe Biden into the White House, it will be the end of free speech in America with a suffocating new wave of censorship soon to be imposed.

Conservatives and pro-Trump voices have already gotten a serious taste of what it feels like to be silenced, banned, and de-platformed by the big tech companies that are loyal to the Democratic party and a Biden regime will only intensify the censorship.

One of the top advocates for shutting down free speech on the internet is that of former President Barack Obama who kicked off the radical transformation of America that will be turbocharged under the authoritarian Biden and Kamala Harris.

In an interview with The Atlantic which serves as the gospel for the far-left worshippers of the fascistic Deep State, Obama called for more censorship and claimed that free speech on the internet and social media represent the “single biggest threat to our democracy” in a remark that shows just how much contempt that he has for it.

Obama: The internet is “the single biggest threat to our democracy.” https://t.co/8iJtFAbJTf

Excerpted from Obama’s chat with the Atlantic’ Jeffrey Goldberg:

Obama: Now you have a situation in which large swaths of the country genuinely believe that the Democratic Party is a front for a pedophile ring…I was talking to a volunteer who was going door-to-door in Philadelphia in low-income African American communities, and was getting questions about QAnon conspiracy theories.

Goldberg: Is this new malevolent information architecture bending the moral arc away from justice?

Obama: I think it is the single biggest threat to our democracy.

While Obama’s assertion that “large swaths of the country genuinely believe that the Democratic Party is a front for a pedophile ring” is ludicrous, there is no escaping from the fact that top Democrats including his fellow former POTUS Bill Clinton were friends of Jeffrey Epstein and in Slick Willie’s case, he flew on the infamous Lolita Express and frolicked on the suicided pervert’s private “pedo island” Caribbean paradise.

Obama: I don’t hold the tech companies entirely responsible, because this predates social media. It was already there. But social media has turbocharged it. I know most of these folks. I’ve talked to them about it. The degree to which these companies are insisting that they are more like a phone company than they are like The Atlantic, I do not think is tenable. They are making editorial choices, whether they’ve buried them in algorithms or not.

The First Amendment doesn’t require private companies to provide a platform for any view that is out there. At the end of the day, we’re going to have to find a combination of government regulations and corporate practices that address this, because it’s going to get worse. If you can perpetrate crazy lies and conspiracy theories just with texts, imagine what you can do when you can make it look like you or me saying anything on video. We’re pretty close to that now…

Obama emphasizes that the Silicon Valley tech oligarchs aren’t bound by the First Amendment as they are private companies however it has long been clear that Facebook, Twitter, and Google have been crucial allies of Democrats and those seeking to do an end-around the Constitution to snuff out speech that they dislike or find threatening to their power.

Unfortunately for too many Americans, they fail to understand that existential threat to the First Amendment that Democrats and their frontman Joe Biden represent and that is at least partially attributable to the tech monopolies who were able to successfully test their censorship programs in China.

Liars like Obama and his fellow Democrats love to pay lip service to “democracy” at every opportunity but the truth is that they hate it and are hellbent on destroying it forever.