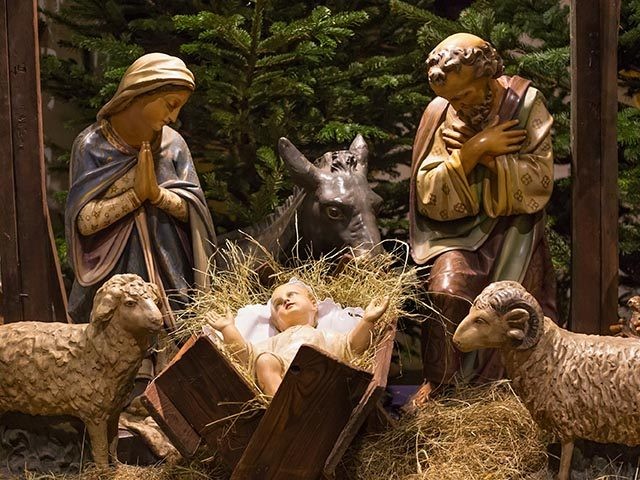 The American Civil Liberties Union of Indiana (ACLU) is seeking to remove a nativity scene on the lawn of the Fulton County Courthouse that has been displayed since 1980.

As WANE News reported in January 2019, LaMunion filed a federal lawsuit in December 2018, in U.S. District Court for the Northern District of Indiana, South Bend Division, claiming the nativity scene, which has been on display along with secular symbols of the Christmas season, such as Santa Claus and snowmen, has the purpose of “advancing one preferred religion over all others.”

LaMunion complained his trips to Rochester brought him in “direct and unwelcome contact with the display.”

Liberty Counsel noted that, although two Christmas seasons have passed since LaMunion brought his lawsuit, he is now seeking a preliminary injunction “as an extraordinary and drastic remedy” to ban the religious scene this year.

“In addition, LaMunion is not even a resident of Fulton County, and he has failed to demonstrate that he has suffered harm or has just cause to bring this action,” the litigation firm observed.

A service and civic engagement volunteer group known as the Rochester Optimist Club has owned and maintained the display for about 40 years, Liberty Counsel further reported, elaborating on prior court decisions regarding Christmas displays:

The U.S. Supreme Court and numerous federal appeals courts have recognized that government entities may recognize Christmas as a holiday and may maintain Christmas displays that include both religious and secular symbols. Therefore, this display does not violate the First Amendment and includes all the elements federal courts have held to be constitutional.

“Publicly sponsored Nativity scenes on public property are constitutional, especially when the display includes other secular symbols of the holiday,” said Mat Staver, Liberty Counsel chairman, in a statement. “This Christmas display in Fulton County is no exception. Every year, the ACLU unsuccessfully attempts to prove that it is wrong on the law.”