Biden Responds To Trump COVID Advisor’s Call For Resistance: “What The Hell Is The Matter With These Guys?” 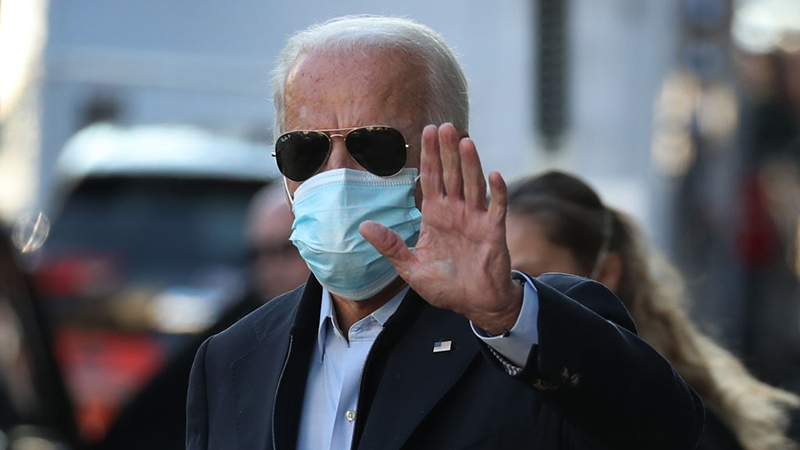 Joe Biden responded to Dr Scot Atlas’ call for Americans to resist draconian lockdown measures this week by painting him up as a crazy person and urging more people to keep wearing masks into next year.

Atlas, a leading member of President Trump’s coronavirus task force, announced Sunday that “The only way this stops is if people rise up.”

He was responding to an announcement by the governor of Michigan that new lockdown restrictions will be enforced, closing businesses and preventing individuals from socialising.

“You get what you accept. #FreedomMatters#StepUp” Atlas added to his tweet, which has since been removed.

“The idea that the president’s now existing remaining advisor on COVID is saying that they should resist,” Biden said, adding “What the hell is the matter with these guys?”

Biden responds to Trump COVID adviser Dr. Scott Atlas saying Michigan residents should "rise up" against their governor's restrictions: "What the hell's the matter with these guys? What is the matter with them?" https://t.co/kFrcNHA9Vf pic.twitter.com/XvDp3Id6Sk

Biden then claimed that wearing masks will save 100,000 lives, despite the fact that there is no evidence to support the claim.

“You know, every major individual of any consequence in the health field is saying, ‘We can save 100,000 lives just between now and January 21 by wearing these masks,’” Biden said.

Biden also suggested that President Trump’s refusal to concede the election could mean that “more people may die” from the virus.

“More people may die if we don’t coordinate,” Biden claimed, adding “If we have to wait until January 20 to start that planning, it puts us behind, over a month and a half, it’s important we have coordination now.”