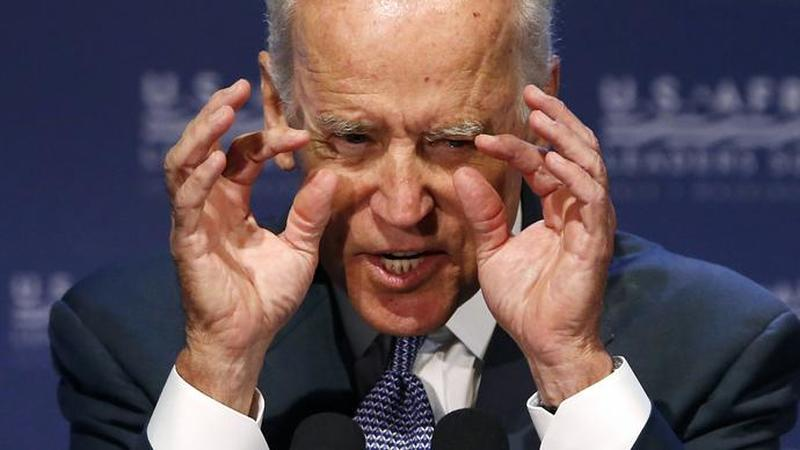 Philosopher Hannah Arendt once wrote about the banality of evil, and there’s never been a more banal bunch than the foreign policy and security state crew Barak Obama surrounded himself with for eight years beside the possible exception of Bush’s own Neocons.

Now after three years screaming about “Russian collusion” it appears the Evil Empire is about to regain its lost ground, championing new wars and more interventionist expansionism with a much greater role for the US military in the world.

Pentagon
For the defense chief post, the Washington Post has portrayed the banal face of Michele Flournoy as the pick to ‘restore stability’ to the Pentagon, an entirely false assertion. Recall that Fluornoy promotes unilateral global US military intervention, and advocated the destruction of Libya in 2011. By the military-industrial revolving door, Flournoy enabled many Corporate weaponry contracts amounting to tens of millions. Likewise Fluornoy is on the Booz-Hamilton board, where the swamp cannot get any deeper. As if this wretched example of an agent-provocateur for war and destruction were not bad enough, Biden is reportedly considering Lockheed-Martin banal kingpin Jeh Johnson for the DoD position, too.

Lockheed director Johnson was employed by Rob Reiner and Atlantic editor arch-Neocon David Frum to run the Committee to Investigate Russia which mysteriously blew up as soon as the Mueller Report was released. Jeh Johnson has continued to warn of “Russian interference” in the US presidential election until now. Biden’s anointing as president-elect has ended that. As Homeland Security head, Johnson authorized cages for holding immigrant children. He also supported the assassination of General Suleimani, and has voiced support for US wars in Syria, Iraq, and Afghanistan.

State
From Libya to Syria, Yemen, Ukraine and beyond, the banality of evil is perhaps best personified by Susan Rice – apparently Biden’s premiere pick for Secretary. Rice was an abject failure at the United Nations, but all seems forgiven, probably at the behest of Biden’s donors. After her failure at the UN, Obama kicked Rice upstairs to be his National Security Advisor, a position that does not require Senate approval.

An obvious war hawk in the mold of the Democrat’s donor class, a Rice appointment could reinforce the liberal mantra that women can be just as good at interventionism as men, and ensure full re-establishment of the Neoliberal agenda in Washington. John Kerry has been flagged as a potential for State (again) too, but at age 77 and subsequent to the failure of the JCPOA Kerry is an unlikely pick.

Another potential pick among the banal Daughters of Darkness is Victoria Kagan-Nuland, architect of the 2014 debacle in Ukraine (among other things). Outed at State in an embarrassing act of what she called impressive statecraft and other embarrassing incidents, Nuland seems an unlikely choice. But Kagan-Nuland is as banal as banal can be, and Biden may somehow wish to reinforce his solidarity with the JTF and his donor class, on Israel.

National Security Advisor
Banality is certainly the mark of the beast here, in the form of Tony Blinken. Well in with Michele Flournoy (above) Blinken typifies the type of banality the Deep State engages in to promote its evil, with Blinken as successful as any other Deep State actor. A major hawk on Russia and war hawk in general, Blinken is an apologist for Israel. Blinken is a war hawk on Afghanistan and Syria too, and Blinken was directly involved in CIA operation Timber Sycamore. Oh, the banality.

Another model of banality is Leon CIA Panetta who so far claims that cruising the Monterey peninsula is more fun that being in Washington. But we know that’s false and Panetta would be a logical pick. Besides being a hawk on everything, and laughing about the fact he has no idea how many wars Obama’s America was fighting – because he lost count – Panetta is simply another sycophant for evil like Hannah Arendt portrayed in her study of Adolf Eichmann.

CIA
Banal of the banal is of course Mike Morell. This incredibly vacuous excuse for a human being has been hate-mongering for years. Beside his blatant pandering support for another banal and brutal warmonger – Hillary Clinton – Mike Morell is one Neoliberal who still maintains that Saddam Hussein actively aided and abetted al Qaeda with regard to the 911 attacks. But Morell simply and ultimately represents the banality of evil, just as Arendt depicted Adolf Eichmann, but in Morell’s case succinctly summarized here by Ray McGovern.

United Nations
Outing the banality of the banal would be incomplete without mentioning Jen Psaki. Although a potential pick for White House Communications Director, why not promote an accomplished liar to a venue where accomplished lying really matters?

Conclusion
There is no indication that the United States as an entrenched warfare state will ever change its course until forced to. Mr Trump was incapable of enforcing that change. Sidelined by Russiagate psychosis, as a Beltway Neophyte and his own worst enemy at times, that sank Trump’s agenda. The actions of Mr Trump now – to end the wars in Syria, Iraq, Afghanistan and Yemen – should have been undertaken in earnest and without compromise years ago. Point being that Mr Trump’s new appointments to the Pentagon – and let’s hope CIA – will hopefully blunt the efficacy of Biden’s bad actors going forward.

Regardless, characters the same or similar to the ones listed above will definitely infest Washington’s infernal Beltway cesspool once again via Joe Biden … make no mistake. …And they will be meaner and nastier than ever before! Guaranteed.