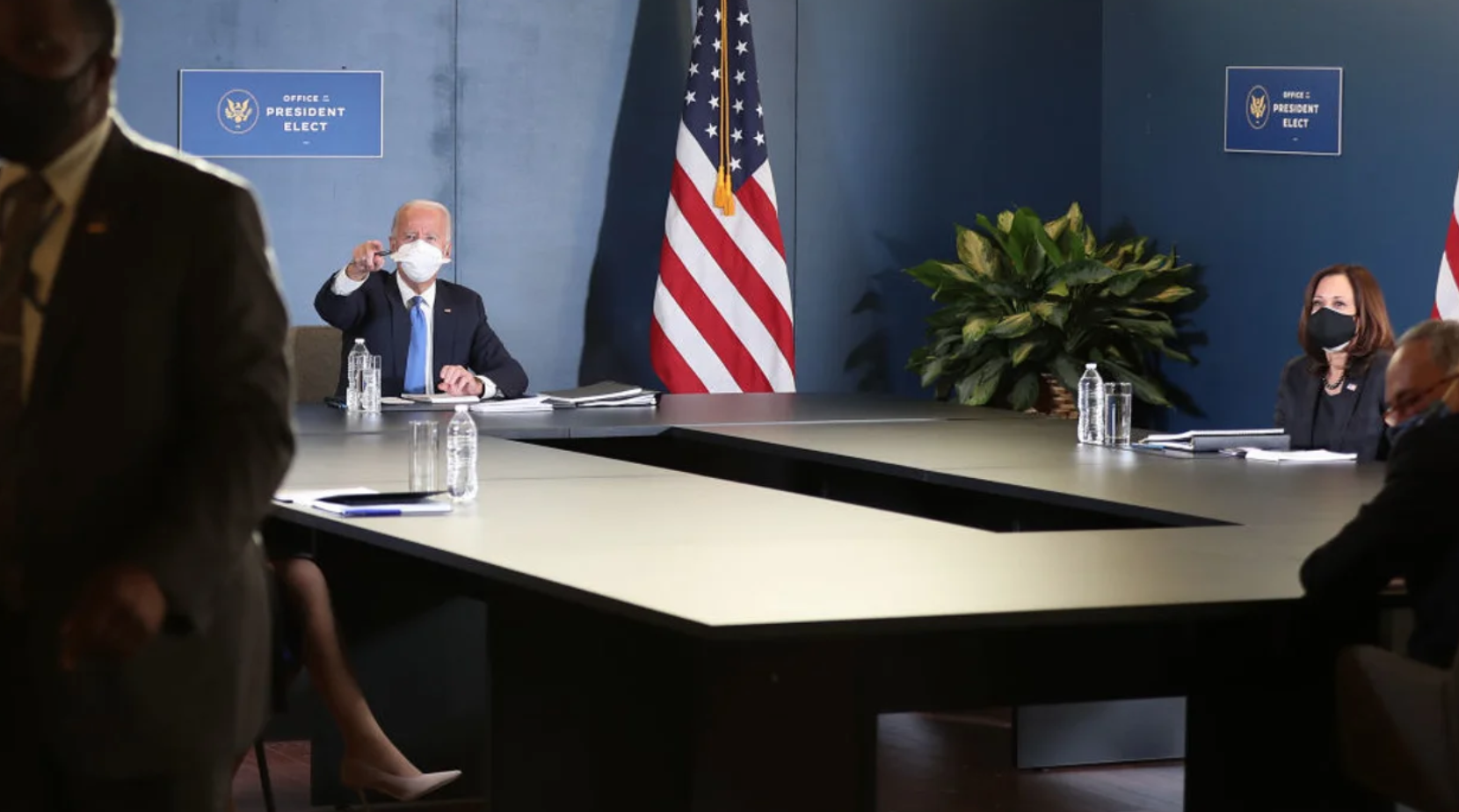 Joe Biden gathered with his running mate Kamala Harris, House Speaker Nancy Pelosi (D-Calif.), and Senate Minority Leader Chuck Schumer (D-N.Y.) on Friday. However, Biden had no patience for a reporter, who asked a timely question, and he quickly admonished the correspondent.

Video shows Biden telling Pelosi and Schumer that “in my Oval Office, mi casa, you casa.” Biden added, “I hope we’re going to spend a lot of time together.”

The press pool was then required to leave, and you can hear a Biden aide repeatedly say, “Let’s go guys, let’s go.” CBS News reporter calmly attempted to ask Biden a parting question before being escorted out of the room.

“Mr. Biden, the COVID task force said it’s safe for students to be in class. Are you going to be encouraging unions to cooperate more to bring kids back to classrooms, sir?” Erickson politely asked.

Biden dismissed the question and responded, “Why are you the only guy that always shouts out questions?” Biden and Pelosi then cackle at the reporter.

Asked Biden if he will encourage teacher unions to cooperate to get kids back in school because the COVID task force said it is safe to be in the classroom. He didn't answer.

“Why are you the only guy that always shouts out questions?” he said. pic.twitter.com/x2DsG5Fmgo

Townhall columnist and radio host Derek Hunter noted, “A completely valid and important question asked in a civil tone…deflected by Biden, who may not have understood it because it wasn’t screened by staff first.”

On Thursday, members of the White House Coronavirus Task Force stated that schools should remain open despite a recent surge of COVID-19 cases and hospitalizations across the country.

“The truth is, for kids K through 12, one of the safest places they can be, from our perspective, is to remain in school,” Dr. Robert Redfield, director of the Centers for Disease Control and Prevention, said during a Thursday press conference. “And it’s really important that — following the data, making sure we don’t make emotional decisions about what to close and what not to close.”

“And I’m here to say clearly: The data strongly supports that K-through-12 schools, as well as institutes of higher learning, really are not where we’re having our challenges,” Redfield explained. “There’s extensive data that we have — we’ve gathered over the last two to three months — to confirm that K-through- 12 schools can operate with face-to-face learning, and they can do it safely and they can do it responsibly.”

The CDC director has been outspoken about schools needing to remain open for months. In July, Redfield said he would “absolutely” send his grandchildren back to school because he believes it is safe.

“It is critically important for our public health to open schools this fall,” Redfield declared.

This isn’t the first time that Biden has gotten defensive over the CBS News reporter asking legitimate questions. In October, the former vice president became agitated that Bo Erickson had the audacity to ask about the allegations swirling around the New York Post reporting about potential overseas business corruption with the Biden family that was allegedly discovered on Hunter Biden’s laptop.

Biden called the reporting a “smear campaign,” and then besmirched Erickson’s ethics, “I know you’d ask it. I have no response, it’s another smear campaign, right up your alley, those are the questions you always ask.”

In October, when a reporter shouted a question about what flavor ice cream Biden was eating, he was happy to take the time to explain how he got one vanilla milkshake and one chocolate frozen treat.